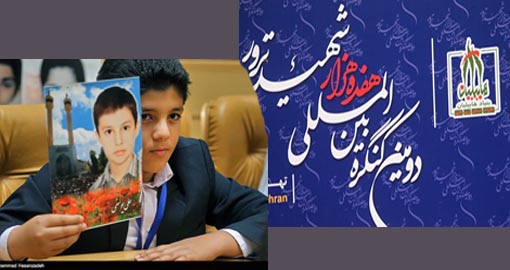 President Hassan Rouhani, a number of ranking officials and families of the Iranian victims of terrorist attacks have attended the congress.

During the event, a book including a chronology of terrorist incidents in Iran during the first two years after victory of the Islamic Revolution (1979 and 1980) will be also unveiled.

Families of martyrs of terrorism are also going to be honored in the congress.

Iran has been targeted by many abhorrent terrorist attacks in the past, mainly by members of the terrorist Mujahedin-e Khalq Organization (MKO).

Around 17,000 Iranians have fallen victim to terrorist attacks since the victory of the Islamic Revolution.

A number of Iranian nuclear scientists have also been assassinated in recent years in plots that proved to have been hatched by the Zionist regime of Israel.

Back in 2007, some of the Iranian activists, including wives of the assassinated nuclear scientists, established a non-governmental organization called the Association for Defending Victims of Terrorism (ADVT). It has provided an opportunity for the families of victims of terrorism to gather around and share their experiences.