Mr. Ashur Varshi, 46, is the most recent defector of the Mujahedin Khalq Organization (the MKO). He escaped Camp Liberty a few weeks ago. He is residing in a hotel in Baghdad now, in company with other survivors of the 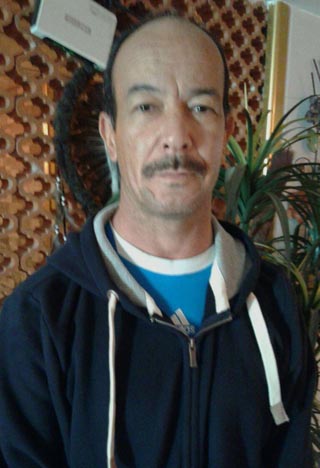 Varshi joined the MKO 27 years ago. As a 19–year–old teenager his ideal was the overthrow of the Islamic Republic through armed struggle. But ultimately, the totalitarian and manipulative system of the group made him leave it. ”After 27 years of companionship with the group, I was threatened to death (by Alireza Budaqchi under the pseudonym of Ahad) just because I had said that the leader’s arguments were not realistic,” Varshi writes. “He [Ahad] used to pressure me to praise the leader’s words.”

Ashur who was labeled an anti-leader agent, was eventually supervised all the time. ”There was an absolutely suppressive atmosphere,” he recounts.” I was repeatedly summoned by them; and I was faced with mental torture in order to stop criticizing the group.”

As a dissident member of the Cult of Rajavi, Ashur was brave enough to question the leaders for their dishonesty but the answer was more punishment. ”with each punishment, I got more assured that the MKO was not the same group I once had joined for struggle, so I admitted any danger and pressure.’’

He paid a heavy price for the disagreement he voiced against the group leaders. ”I preferred to be bombed, to be attacked by missiles everyday instead of talking with a bunch of brainwashed torturers,” he states.

Ashur Varshi warns the Iranian youth to be careful about Rajavi’s propaganda.”Now, I see that what I’ve been told in the group was not the truth,” he regrets the years he lost inside the bars of the Cult of Rajavi.

But, he is hopeful. “I’m free now”, he writes.” I do my choirs and I’m in contact with my family. I want to leave the past behind and begin a new life.”