Iraj Mesdaghi ; author of "Neither Living Nor Death" and the internal critic of the Mujahedin e- Khalq 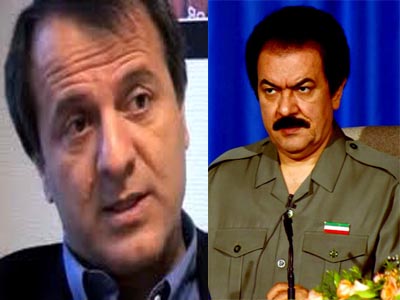 Organization who has several times criticized by the group for exposing Massoud Rajavi as the group leader published an interview with a former SAVAK(Pahlavi regime’s security and intelligence organization) officer.

The interview was basically about the arrest and killing of “Hamid Ashraf” ; a leader of Feda’yan Khalq ( martyrs for the masses) by SAVAK. During the interview the former SAVAK officer; Parvis Motamed declares that Massoud Rajavi worked with them against the founding members.

Parvis Motamed said:” …I took Massoud Rajavi to show me the addresses. He disclosed the address of Mohamamd Hanifnejad and Mohammad Hayati [ who lives in Liberty Camp].I can remember the exact color of the home door . I was involved in the arrest of Hanifnejad. Such cooperations along with SAVAK authorities’ attempts led to reduce of Rajavi’s punishment [death penalty] ..”

Documentary evidences has been published on the Rajavi’s cooperation with SAVAK in detecting the activities of a number of MEK members. The evidences include handwritten notes and sketches by Massoud Rajavi identifying the whereabouts of other members such as Mohammad Hanifnejad. The evidences also include the praise letter of SAVAK official for Massoud Rajavi’ cooperating with them as a prisoner. 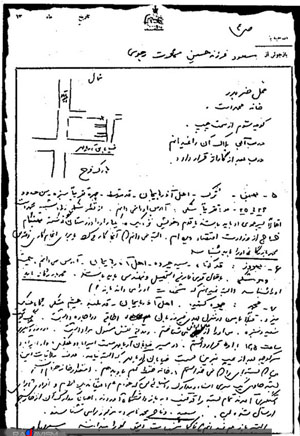 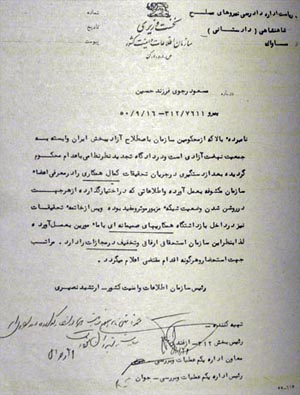