It has been near two decades that the Mujahedin Khalq Organization (the MKO/ MEK/ the Cult of Rajavi) has been inflaming fears of a nuclear Iran to bolster its case in the international community. It has been constantly claiming that the Tehran government has an ongoing WMD program. The group and its supporters in the American warmonger think-tanks strived to call on the West for a war against Iran. However, the US, Europe and Iran ultimately reached an agreement over the Iranian nuclear program in 2015. 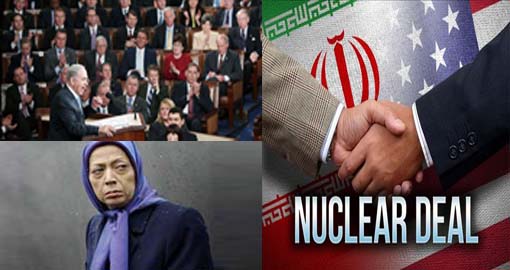 The American sponsors of the Cult of Rajavi such as John Bolton and Rudy Giuliani help to raise the profile and legitimize the aims of the group that will not bring democracy to Iran and has no popular support in the country. Bolton provides no good reason for a regime change in Iran after the P5+1 nuclear deal, insisting simply that it is a long-term solution in his view.  The MKO supporters want to have the United States install the MKO as Iran’s new government. That would mean war although the MKO denies seeking violent regime change, but the only conceivable way it could become the next government in Tehran would be at the head of a U.S. military invasion.

After the election of Donald Trump, the MKO and its advocates increased their efforts to obstruct the nuke deal. However, it seems that the group is losing grounds in the US administration despite hefty investments on its lobbies. John Bolton, a former US ambassador to the UN who at one point was a candidate to lead the State Department, claimed in a National Review op-ed that his plan for the US to exit the Iran nuclear deal had to be presented publicly, because staff changes at the White House have made”presenting it to President Trump impossible.”

While the MKO’s propaganda website publishes John Bolton’s plan for “How to get out of the Iran nuclear deal”, it ignores the fact that its paid sponsor is barred from entering the White House. Donald Trump seems to be learning that bullying towards Iran and other signatories of the JCPOA does not work anymore.

Bolton was a promoter of the war in Iraq. As George W.Bush’s undersecretary of state in late 2002, he claimed that Saddam Hussein has hidden weapons of mass destruction and production facilities in Iraq, something that was never verified. He was allegedly seeking to build a democracy in Iraq. He is now dreaming of his so-called democracy for Iran.

“Bolton is hardly the only former official, retired officer, or ex-politician to do this, but for the last several years he has been a vocal cheerleader of the Mujahideen-e Khalq cult (and “former” terrorist group) and its political organization,” Daniel Larison of the American Conservative asserts. “He has been consistently misrepresenting a totalitarian cult as a “democratic” Iranian opposition group. When Bolton or someone else with this record talks about “vigorous American support for Iran’s opposition,” we can be fairly sure that he means that the U.S. should be backing the MEK in its quest for seizing power in Iran.”

Larison accurately concludes that Bolton’s judgment about the MKO is “extremely poor”. He also suggests that Iran hawks such as Bolton are really “oblivious to the political realities inside Iran”. “Once again we have a hawkish demand for U.S. support for an exile group that has absolutely no support in its own country in order to achieve regime change”, He writes. “Indeed, the group that Bolton has been helping to promote is widely loathed in Iran for good reason and has no credibility at all with the domestic political opposition. It is Bolton’s embrace of the MEK as much as anything else that ought to discredit his views on Iran policy.”

In fact, after the relocation in Albania, the MKO is facing major problems. First of all is the increasing rise in the number of members who wish to leave the group. Thus, the group leader has to spend too much energy to maintain its hegemony over members. According to reports from inside the cult, Maryam Rajavi has to hold private manipulation meetings in order to convince the rank and file to stay in the group. Besides, the MKO is also endeavoring to find a place in the political scene of the region receiving its paid sponsors including American Congressmen in Albania. But, seemingly, the views of the MKO sponsors are discredited in the US government. The MKO is fast losing its opportunities in the land of opportunities as well as in its own headquarters.