There are a few key differences between the events we’re seeing unfold in today’s Iran and the “green movement” of 2009: firstly, the peoples anger stems not from rigged elections but from a much more worldly issue, economic disparity; students end up jobless, the price of food has almost tripled, and nepotism is rife ..

Secondly, this time it appears that the protests are leaderless. Now, in many ways this kind of anarchism could end up being a good thing; history has continuously taught us that figureheads become tyrannical a lot more easily than we’d care to admit, but I can’t help but feel a Mousavi would not go amiss right now.

Allow me to introduce you to Maryam Rajavi, leader of the “MEK” or the “People’s Mujahedin of Iran” — not that there’s anything communal about the organisation itself. A self proclaimed “Islamist Marxist” group, they vehemently supported the rise of Ayatollah Khomeini in 1979, going as far as running bombing campaigns against The Shah and who ever they claimed to be “zionists” throughout the 1970s. Then, when they couldn’t get their way with the Mullah’s, they went on to support Saddam Hussein in the Iraq-Iran war, massacring thousands of innocent Iranian citizens in the process. It was all the way up until 2012, the United States had considered them to be an active terrorist organisation.

So, what changed? Nothing. Despite claiming to have renounced violence back in 2001, numerous reports have come out continuing to dispute this; the most recent of which was the 2017 Tehran parliament bombings. But as the United States are [most or less] at war with the current regime, the definition of terrorism has been warped to fit their own narrative. Of course, this isn’t to say the Iranian people support them. The vast majority have made it clear that ever since the 80s, the Mujahedin have no place in Iranian politics — even going as far as to label them as the “Khmer Rouge” of Iran; after the Cambodian terror group headed by Pol Pot.

I guess the question is now, why are we talking about them? Well, the problem with this being a leaderless revolution is that leadership is still currently up for grabs. And even though they’d never be accepted as legitimate in Iran, they’re a pretty loud voice when it comes to the rest of the world. 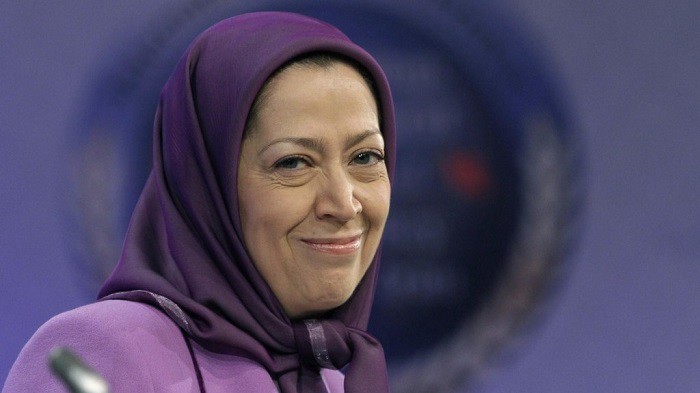 For the past few years, Maryam Rajavi has been running propaganda campaigns throughout Europe, Israel, and the United States under the name of an MEK subset group called the “National Council of Resistance of Iran”. Her attempts have been to try and legitimise herself as the only true opposition to the Islamist regime, the irony, of course, is that she herself is also a part of a budding extremist Islamist regime.

After glancing through their Twitter pages, it has become apparent that in the past few days she’s been using her new found influence as a way to attempt to commandeer this uprising from the protestors themselves.

More worrying is the number of politicians starting to accept this as fact.

Plus with the immediate response from Republican’s, including President Trump, on the protests, a growing worry appears to be that International support will end up falling into the wrong hands.

Not to be too pessimistic but the reality is, support for the MEK seems eerily similar to the consensus determined by politicians in 2011 toward the FSA and ISIS. Two groups that, in many ways, shared nothing in common with the original protestors yet single handedly created chaos within Syria in a matter of months — leading to problems and divisions now stretching decades ahead, and destroying the lives of millions.

It should be noted that support for Maryam Rajavi would be disastrous for not only a #FreeIran but the world in general. We’re still in the middle of refugee crisis’s in Libya and Syria; both of which were triggered by irresponsible, rash political decisions that now have had dire consequences.

If you’re going to support a known terrorist organisation in the hope that it’ll inflict change in a fragile nation, perhaps you should just be quiet instead.