Iran’s High Council for Human Rights has categorically dismissed the “hostile and baseless” claims raised by certain foreign media about the death of an Iranian environmentalist who was in prison on charge of espionage.

“Following intense attacks by foreign media spreading baseless and hostile claims against the Islamic Republic of Iran with regard to suicide committed by Kavous Seyed Emami, Iran’s High Council for Human Rights has released a statement to shed light on the truth about the case,” the Council said in a Friday statement. 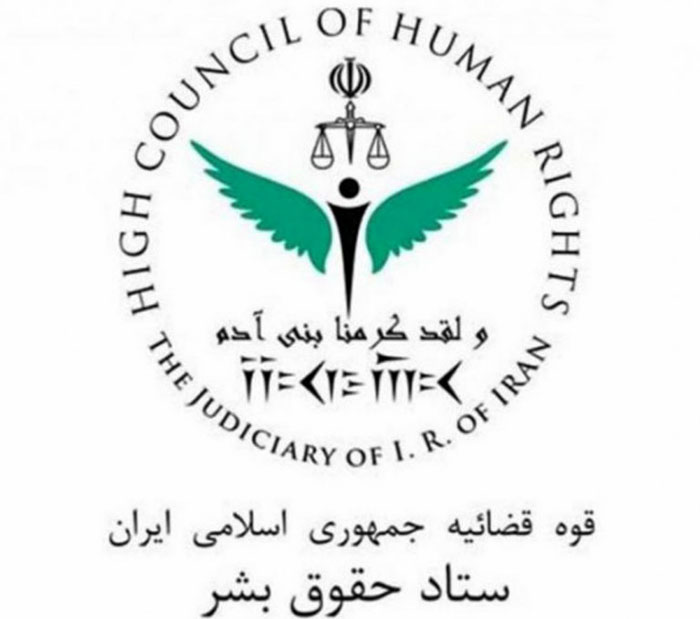 The following is the full text of the statement:

In the name of God, the Compassionate the Merciful

Following the suicide committed by Kavous Seyed Emami who was under arrest for espionage charges under the cover of environmental activities, Executive Director of the United Nations Environment Programme Mr. Erik Solheim has stated that “Environmental rights are human rights, and we all have an obligation to protect them. We are closely following these cases in Iran and urge that the work of environment defenders – both in Iran and around the world – be promoted and respected.”

In this regard, the Islamic Republic of Iran’s High Council for Human Rights would like to raise the following points to be considered by Mr. Solheim.

First, the United Nations and its family of affiliated organizations are neither Non-Governmental nor media organizations, but organizations formed by independent countries, thus necessary to respect authority of member states and consider consultations with the respective country and request an official interpretation from a country before publishing any official statement about any country. Unfortunately, this point has not only been ignored, but also turned into a precedent.

Second, the Islamic Republic of Iran, while confirming supports for and development of environmental activities, assertively warns against cover-up abuse of such activities pursuing hostile objectives, particularly military invasion or terrorist activities. The United Nations and its related organizations are expected to strongly warn the United States and other countries who are deliberately taking advantage of “environmental activist” to pursue their covert illegal, hostile and aggressive objectives. In fact, credit of the UN and its family of organizations is the main victim of such abuses.

Third, a wider abuse has been accompanied by unjustifiable negligence of the UN which is providing a cover for terrorist activities under the pretext of “human rights defenders.”

The UN secretary general and his colleagues are certainly aware that in recent years, members to dangerous terrorist organizations such as MKO, PJAK, Komala, Rigi, etc. who have committed numerous crimes against innocent Iranian citizens and have exploded mosques and worshipping places filled by people, have been introduced and supported in official reports by representatives of the UN as supporters of human rights!

Fourth, the insistence on and significance of protection of environment in the Islamic Republic of Iran which roots in Islamic teachings, is evident given the vast budget annually allocated to this area. Iran expects honest supports, free of tendentious infections by dangerous countries and enemies of environment like the US and its subordinates.

It needs no assertion that the Islamic Republic of Iran’s High Council for Human Rights considers it a basic and essential duty of itself to defend the rights of every single citizen, including suspects and convicts and inmates and works closely with judicial authorities to fulfill this responsibility.

Today, the High Council of Human Rights of the Islamic Republic of Iran is the main defender of civil rights and its honest activities has made it the place for every single citizen, whether inside or outside the country, to refer to it for seeking justice.

“These people were gathering classified information on strategic fields under the coverage of scientific and environmental projects,” Abbas Jafari-Dolatabadi told reporters on Saturday.

Separately on Sunday, Hossein Taeb, the head of the intelligence unit of Iran’s Islamic Revolution Guards Corps (IRGC), warned that the enemy is sponsoring new groups to spark insecurity in the region.

The Islamic Republic’s “dominance over Daesh and other regional and extra-regional terrorist groups has led the enemy to consider creating new outfits to cause insecurity,” he said on the sidelines of the nationwide rally to mark the 39th anniversary of the Islamic Revolution.

Taeb also noted that in recent riots in some Iranian cities, “notorious groups led by the Iranian nation’s main enemies took advantage of people’s rightful economic demands and tried to manipulate them through creating insecurity.”

“Of course, their measures will not go unanswered and they will be slapped in the face at the right time,” he told Tasnim news agency.

In late December 2017, people in several Iranian cities held peaceful gatherings to criticize the country’s economic issues. Those rallies were, however, marred by scattered riots, which saw vandals and armed elements launch attacks on public property, mosques and police stations.

Upon the outbreak of violence, the original protesters responded to calls by authorities and left the streets, paving the way for law enforcement forces, backed by locals, to intervene.

Iranian people also held mass rallies to express their faith in the Islamic establishment and condemn the chaos as efforts were underway by security officials to end the riots.

Leader of the Islamic Revolution Ayatollah Seyyed Ali Khamenei said a “triangle” of enemies — with the United States and Israel comprising one of its sides, a rich Persian Gulf littoral state on its second side and the anti-Iran Mujahedin-e Khalq Organization (MKO) terror organization on the third side — had been plotting for the past few months to foment chaos and violence in Iran.

The Iranian people, however, distanced themselves from rioters after finding out their motives, Ayatollah Khamenei added.