The MEK’s Man inside the White House

A report by Richard Engel

On assignment with Richard Engel

How did a fringe Iranian opposition group with a history of assassinating Americans get so cozy with the likes of John Bolton and Rudy Giuliani? By paying them thousands to speak at its events, where they advocate for MEK-led regime change inside Iran. 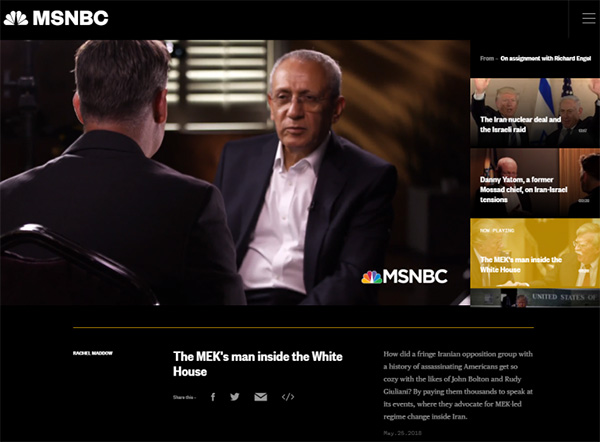 VIDEO EXCLUSIVE: We obtained never-before-seen footage of the MEK’s secret base in Albania. The MEK is an Iranian opposition group with a history of terrorism. More recently it’s paid thousands to @AmbJohnBolton & @RudyGiuliani. More tonight at 9PM ET @MSNBC @RichardEngel pic.twitter.com/teaGhQeVZy 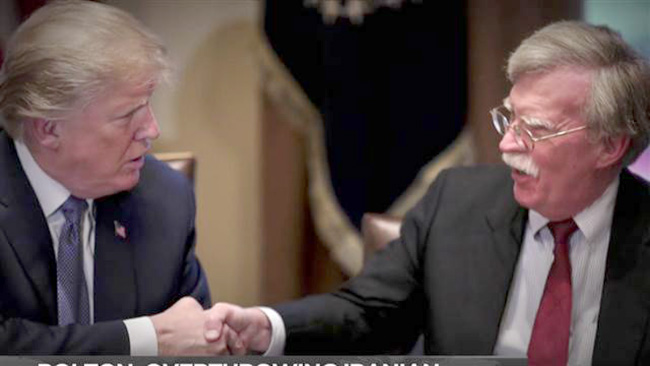 On MSNBC @OARichardEngel I explained that no decent American intelligence officer would say MEK is trustworthy because it is a Destructive Cult.

Examining how @AmbJohnBolton and @RudyGiuliani were paid to speak for Maryam Rajavi. pic.twitter.com/U83F12h5ko

Who finances the military base of MKO terrorists in Albania?