NBC News discloses a video of the ‘clandestine military-style base’ of Mujahedin Khalq (MKO) in Albania and addresses the triangle formed by this terrorist group with the Arab monarchies and the Administration of the US president ., Donald Trump.

NBC News discloses a video of the ‘clandestine military-style base’ of Mujahedin Khalq (MKO) in Albania and addresses the triangle formed by this terrorist group with the Arab monarchies and the Administration of the US president ., Donald Trump.

The US news network NBC on Friday revealed images “never before seen” of the headquarters of the MKO members in this Balkan country and defines it as a “base military style.”

“Seen from outside, the field seems to be a modest installation, however, seen from the air, it is a massive military complex. Who pays for all that? “, Reads the subtitle of a fragment of the documentary.

Sadolá Seifi, a former member of the MKO, answers that question and says that the money comes from the “wealthy Arab monarchies that oppose the Government of Iran.” 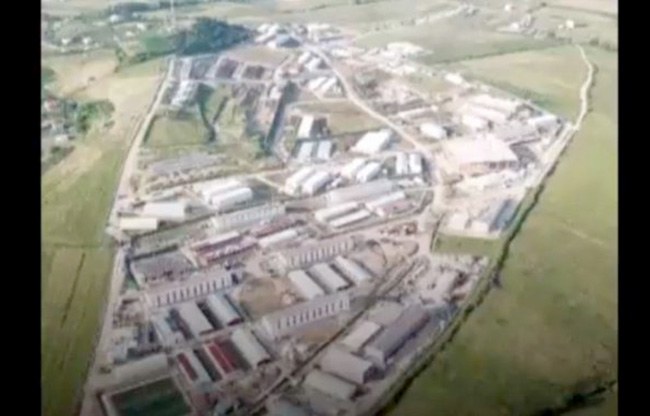 Explains that this terrorist group that apparently advocates “a democratic Iran” after changing the political regime in the country, is actually a “dangerous” and “violent” band that tortures and humiliates its own members. “I have witnessed torture of people, I have witnessed deaths. I myself was the target of torture and humiliation, “he recalls.

In his opinion, the violent behavior of the MKO towards its members is the alarm of a major disaster, if they arrive in Iran. “Even the USA will regret “having supported the MKO, Seifi says.

The MKO – which according to the head of the NBC correspondent, Richard Engel, is an Iranian opposition group that has a long history of terrorist attacks – also pays thousands of dollars to the US Administration, headed by Trump, to offer speeches in their congregations.

The source addresses, in particular, the payments made to John Bolton, US National Security Advisor, and to Rudy Giuliani, Trump’s legal advisor.

Joanne Stocker, of the US portal Defense Post, for her part, told NBC that Bolton had received more than $ 180,000 from the MKO to speak in their favor. Bolton’s office has so far refused to comment on it.

Giuliani, however, spoke with NBC and claimed that he had received money from Iranian dissidents for making propaganda in his favor and supporting his intention to change the political regime of the Islamic Republic of Iran, but “he did not remember the amount,” notes the American chain.

The MKO has carried out numerous terrorist attacks against civilians and government officials of Iran. Of the nearly 17,000 Iranians killed in the terrorist attacks recorded since the victory of the Islamic Revolution in Iran in 1979, nearly 12,000 have died at the hands of this small group.