Calling on people to boycott an election (that is a civil attempt) is usually performed by groups and individuals with popular support who hope to be able to weaken the other side by this act or to prevent their rivals from getting to power centers.

MKO’s call for boycotting the elections (city councils and assembly of the experts) is a formalist act with no result since the group believes in overthrowing the regime with all its bases. This move by the group can only be viewed as a propagandistic effort.

That the MKO tries to separate Iranians from the state and opposed to the regime (the people who are waiting for a spark from MKO’s armed forces to overthrow the regime!) is an issue beyond contradictions and only proves unpopular the group is.

It should also be noted that the slogan of boycotting is far back from MKO’s claims on Iran’s political situation. The picture the MKO presents of Iran and tries to force others to accept is a picture which shows the regime destined to be overthrown!

So, boycotting elections- a civil act to force the state to withdraw- is in contradiction with this picture.

However, the main reason for such act is MKO’s unpopularity. MKO leaders know that the major reason for not being accepted by different governments (including the US and even Israel) is the hatred of Iranians towards this group.

For long time, MKO leaders have tried to deceive the Westerners on this issue.

Now, at the threshold of the elections, Rajavi’s gang is trying to show that Iranians have supported group’s call for boycotting the event!

The end of the scenario is clear: the MKO will claim that the people didn’t come out of their houses on Friday and that "We won it"!

This scenario is already failed due to the presence of the world’s media. There are no reports of the effects of such a boycott among people and among the media.

More importantly, MKO’s efforts to get out of the terror list and become recognized by world powers has already failed this scenario and the way for MKO’s taking advantage of this issue has been closed. 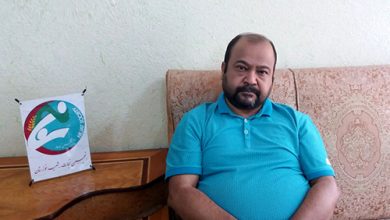