Defectors of Mujahedin-e-Khalq Organization On Jun 10, 2019

To the Honourable Koen Geens, Minister of Justice,

My name is Reza Jebelli. I am an ex-member of Rajavi’s cult and a human rights activist in Brussels. 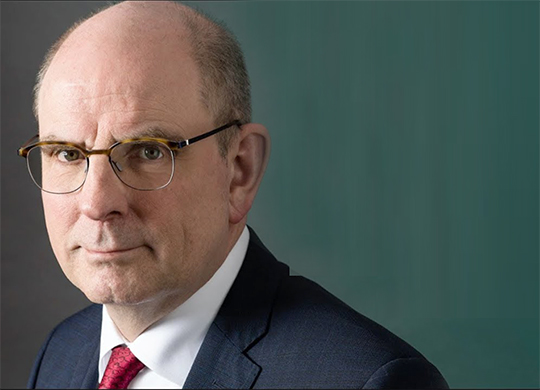 As you are aware, every year the Mojahedin-e Khalq (MEK) cult brings many undocumented people from all over Europe to their annual gathering in Paris, but this year the French authorities denied the MEK’s request for such event. Instead the MEK are planning to celebrate their June 1981 glorification of Armed Struggle against Iranians in Brussels on the 15th June at Schuman Square between 15h to 18h.

As I indicated in my previous letter to you, in 2003 French anti-terrorism officers raided a dozen locations northwest of Paris in Auvers-Sur-Oise, the MEK headquarters – classified as a terrorist organization by the United States, the European Union and Iran (1997-2012) – and initially detained 165 people along with MEK leader Maryam Rajavi who immediately after her arrest ordered a few members to commit self-immolation in the streets of Europe. The attempts at self-immolation to protest against the arrest of Rajavi are proof of a fanatical and terrorist mindset that does not respect our laws and our values.

On December 12, 2017, when Maryam Rajavi the leader of the MEK was in the European Parliament, two former MEK members who were invited to participate in a conference in the parliament were attacked and injured by Rajavi’s bodyguards who tried to kidnap Mr Khoshal and Mr Ebrahimi from right in front of the parliament.

As I am writing to you, MEK operatives are deceptively trafficking many refugees from various camps all over Europe and the Balkans region to Brussels for their Armed Struggle gathering by claiming that it is for freedom and democracy and are deceiving the authorities in the same way to obtain permission for this rally.

When I read the testimony of Amber Scorah, a former member of Jehovah’s Witnesses, I understood that, in many respects the methods used resembled those used by the MEK. But the MEK are worse because they are the source of Middle East Islamic Marxist Terrorism. The Mojahedin are known to have assassinated six American in 1970s during their first suicide attacks against US servicemen and contractors in Tehran, the Iranian capital.

The MEK’s 40-year record of behaviour does not substantiate its capability or intention to be democratic. Internally, the MEK run their organization autocratically, suppressing dissent and eschewing tolerance of differing viewpoints and they have no respect for the rule of law.

Rajavi, who heads the MEK’s political and military wings, has fostered a cult of personality around herself. These characteristics have alienated most Iranian expatriates, who assert they do not want to replace one objectionable regime for another.

The MEK has no viable chance of seizing power in Iran. If the current government is not Iranian’s first choice for a government, the MEK is not even their last.

Following my letter in December 2017 about the MEK’s attack on ex-members in front of the European Parliament and considering the MEK’s past forty years record of assassinations and terrorist activities in Iran, Iraq and Europe and as a former member, I must emphasize that MEK’s presence in Belgium is and will be one of the greatest threats to our country and the European Union.

After France has rejected them, they are now trying to transfer their base to our city, and they have already relocated some of their members from Albania and France to Brussels.

I would like to draw your immediate attention to this matter and suggest that by rejecting the presence of this terrorist cult in Belgium and cancelling their call for violence from inside this country, you will also send a strong signal that Belgium has ZERO tolerance policy for all terrorists under any name.