“I have chosen to do my bit for my country regarding the MEK threat to Albania and Albanians,” said Gjergji, who lives in Durres county near the MEK camp. “I am proud of myself as what I continue to do is not simply journalism. It is patriotism, too!”

The following is the transcript of the interview: 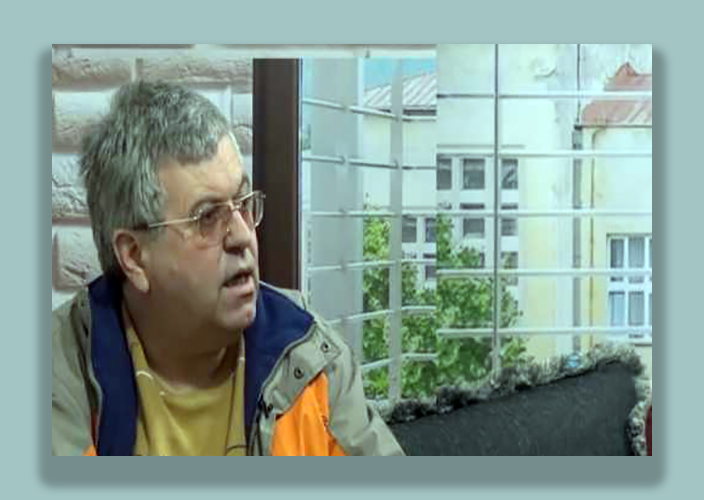 Balkans Post: What is going on with the MEK since the outbreak of the novel coronavirus?

Gjergji Thanasi: Well, it is difficult to offer a precise answer. The cult is very opaque. It is not that easy to get information (from the point of view of journalism, not espionage) of what is going in the Camp Ashraf 3. Before the outbreak some of the rank and file inmates were allowed to go to Tirana (capital city some 20-25 Km. away from the camp) to do some shopping, to pay respects to the graves of dead MEK members, to see a doctor etc. They traveled in groups consisting of minimum 3 persons. The commanders were allowed to visit Tirana and other towns more freely. The rank and file inmates used to go to Tirana using public transport, while the commanders used private cars (an old green painted SUV, a white painted SUV etc.). The commanders used a couple of motorbikes to travel to the center of the small town of Manez or to reach the nearby highway linking Tirana to Durres (the main port of Albania). Up to the end of 2017 the rank and file inmates every couple of months were allowed to have a half day pleasure trip by bus (50-55 seats buses) to different Albanian towns like Durres, Berat (An UNESCO protected town), to Kruja (the medieval capital of Albania) etc. The rank and file inmates were allowed to have an ice cream, to drink tea at local cafes, to buy things at local shops during such pleasure trips.

After the outbreak no rank and file members are allowed to go to Tirana, but for medical emergencies. The commanders continue to visit Tirana including the luxurious Tirana Hotel at Scanderbeg Square.

One can get info about the group only by observation from outside the camp, by tracing the Albanian owners of the registration numbers of different vehicles entering the camp or by asking questions to Albanians hired to work in the camp. The number of Albanians hired to do odd jobs in the camp is significantly reduced. Generally, they are not talkative at all. They are extremely reluctant to speak of their experience about their work in the camp. To pick up a conversation with them one should offer a beer, a cup of tea or coffee to them, proceeding cautiously with questions regarding their work within the camp. They offer very short answers to you questions always adding set phrases like: the Iranians of the camp are nice people. They are very good persons. They pay us well (1,000 leks per day some 8,3 Euros). During the outbreak the population of the camp receives food supplies regularly. Trash produced by the camp inmates is carried away by trash trucks as always. They held a rather lowkey celebration – what we call in Albania Sulltan Novruzin (Sultan Novrus Day), compared to the previous year.

Of course, any celebration, any religious activity (the Easter Catholic and Easter Orthodox, the Month of Ramadan) are still officially forbidden in Albania, but the rules, regulations and Albanian law cease to exert power at the front gate of the camp. The degree of the extraterritoriality the camp enjoys vis-a-vis Albanian law comes close to that of the Camp in Guantanamo Bay vis-a-vis Cuban law. 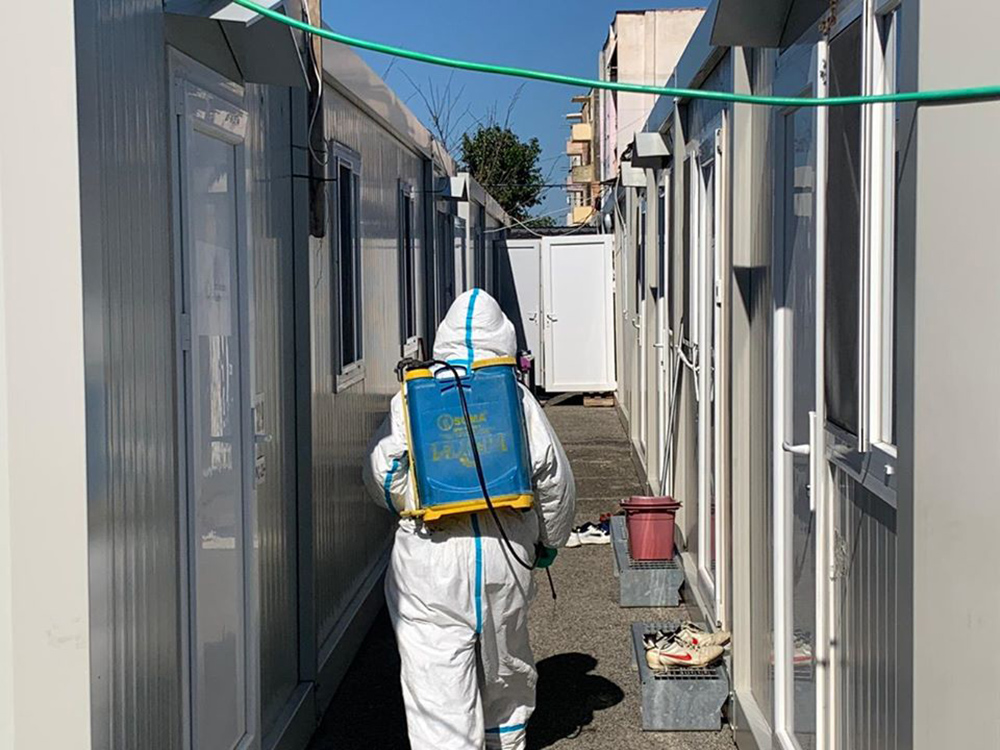 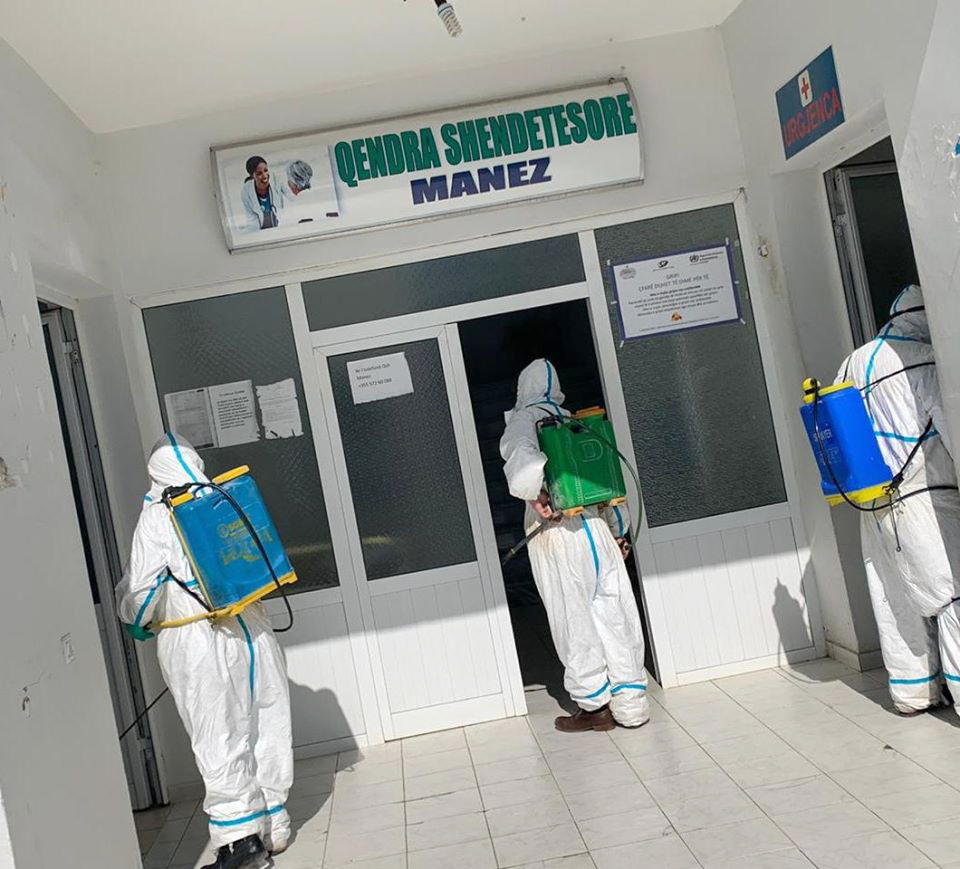 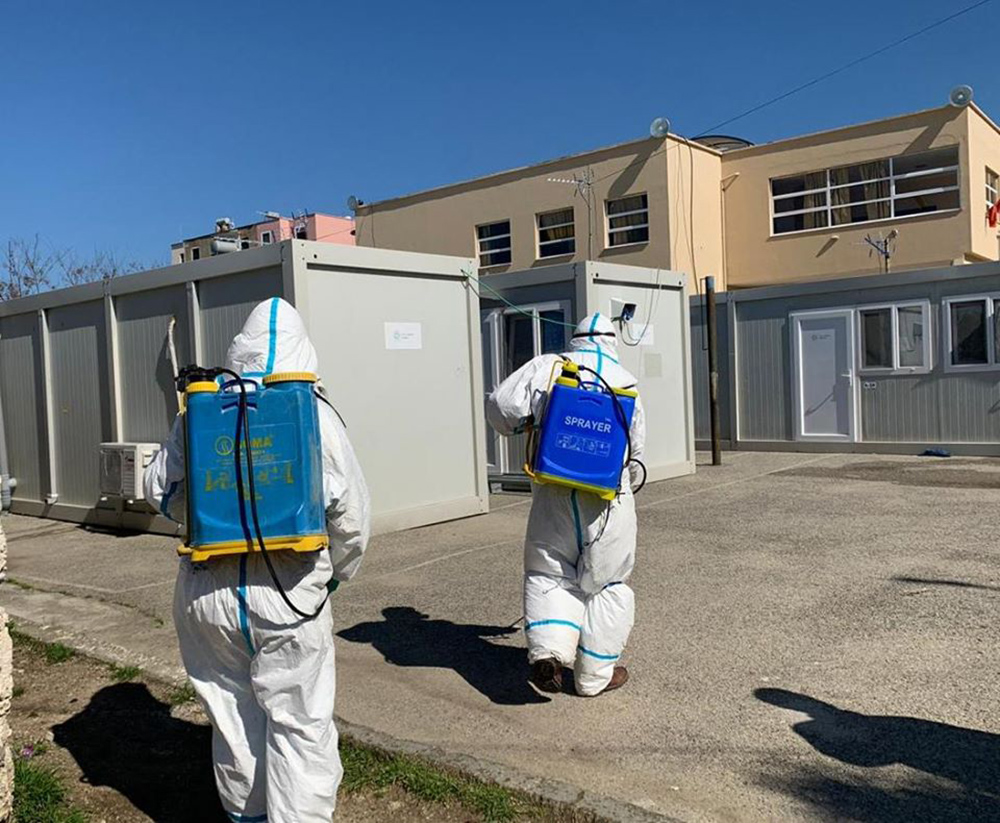 BP: How is Albanian government dealing with the MEK in the age of coronavirus?

Gjergji Thanasi: Not dealing at all. The Albanian government, or I have better say our police, ordered by premier Rama seizes bikes and cars, issues heavy tickets to individuals who violate the lockdown rules and regulations (some of them highly illegal ones), but what is worth for the Albanians is not for the Iranians of Ashraf 3 Camp. The Health Ministry or its directorates in DUrres has nothing to do with the camp. I defy the Health Ministry to make public even one document issued by the ministry or its local directorates regarding Camp Ashraf 3 during outbreak. This camp with its over 2,000 inmates simply does not exist for our Health Ministry. I defy the ministry to produce a scrap of paper to prove that Albanian doctors has inspected the camp even one time!

The Municipality of Durres disinfected every school, health institution, kindergarten, military, police or intelligence facility in Durres including post offices, Port of Durres and its passenger terminal, etc. The personnel of the Municipality of Durres offered to disinfect Ashrtaf 3 Camp as required by the recent ordinance of Rama government. They were thanked by MEK representatives and in a very polite manner their offer was turned down. Below you can see photos of disinfection campaign in the Administrative Unit of Manez. Ashraf 3 Camp is in the area of Administrative Unit of Manez, yet no disinfecting work is done by Durres Municipality in the camp (as required by the Albanian law). In short, the Health Ministry or Durres Municipality have no say in implementing anti-outbreak measures in Ashraf 3 Camp. The camp is simply off limits to these central or local Albanian authorities.

BP: You’ve said “the MEK have their own doctors, nurses, and dentists. When they have seriously ill patients, they hire private ambulances to transport them to a public hospital in Tirana.” Could you tell us more details of the cultish group’s inside?

Gjergji Thanasi: It is very difficult to offer more details. They are experiencing difficulties in paying for the supply of utilities. Sometimes they are in arrears for a couple of months in paying the public companies supplying them with water (also sewage treatment) or electricity. In late August they complained to Valbona Sako (mayor of Durres at that time) of the high price of electric energy they are supplied with. Generally, they buy wholesale fuel for their vehicles, preferring to pay in cash, though technically this is against the Albanian money laundering law.

Lately, they have tightened the control over the rank and file members. For instance, they allowed a friend (she was a MEK member, too) of a deceased MEK member, a woman, buried in the local Manez graveyard to visit and pay respect to her friend’s grave only for a few minutes accompanied by two other MEK members (females). The graveyard of the small town of Manez is less than 300 meters away from the front gate of Ashraf 3 Camp!!!! At the beginning of the outbreak we were experiencing a shortage of face masks, alcohol and other disinfectants in Albania. Nobody knows whether Ashraf 3 Camp command bought or they produced in the camp thousands and thousands of masks, or they simply issued a very limited number of masks to a selected few MEK personnel, thus violating the ordinance (premier’s decree for the mandatory use of the masks in case of public gatherings, in shops, Chemists’, factories producing foodstuff, police or medical personnel, etc.). Nobody knows whether they have ever disinfected the buildings, the paths and the squares in their camp or not. Nobody knows (and the Albanian authorities never bother to get informed) what is the source of the money flow which covers the payment for food, utilities, internet, fuel, Albanian private armed guards of Ashraf 3 Camp. Nobody knows what kind of passes (which authority issued such passes) MEK commanders use to travel outside the camp even during the curfew hours. Whenever the commanders travel from their camp to Tirana, the army and police manning the roadblocks in at least two points on the highway check their passes and allow them to travel even during the curfew hours, when most of the Albanians are strictly prohibited even to get out of their homes.

BP: You have been recently attacked by the MEK, which described you as an “Iranian agent”. What’s your response?

Gjergji Thanasi: By Spring 2018, I was labelled as a stooge of the Mullah’s regime by MEK media. In Autumn 2018, I was upgraded to an Iranian spy. In April 2019, according to MEK media I was: Gjergji Thanasi is involved in espionage and dirty activities against PMOI members in Albania (Link: https://www.ncr-iran.org/en/news/the-letter-of-pmoi-s-legal-advisor-to-editor-of-chief-of-norwegian-dn/).

At the beginning of June, Behzad Saffari, a MEk commander, wrote a letter to the Editor in Chief of Norwegian newspaper DB, accusing me of being an infamous spy of the Mullahs’ regime and an affiliate of the Iranian Embassy in Tirana. Later a letter was sent to the minister of justice of the Kingdom of Norway, accusing me of being an infamous Iranian spy (quoting Behzad Safari’s letter). By late August 2019, I sued Behzad Safari for libel (Iranian spy story) at Durres local court. Up to COVID-19 lockdown, we had 9 hearings, the longest only 5 minutes long. The first judge resigned from my case and from serving as a judge to follow a career in the private sector as legal adviser.

In February 2020, the MEK not only accused me of being an Iranian spy, but also demanded from the Albanian authorities to prosecute me (The NCRI’s Committee on Security and Counterterrorism again underscores Thanasi’s involvement in espionage and terrorist offenses and calls for his prosecution and punishment by competent Albanian courts.) The link: https://www.ncr-iran.org/en/ncri-statements/notorious-agent-of-mois-tehran-embassy-in-albania-in-hotel-evin-in-iran/

It is very insulting to my personal pride of an Albanian patriot to have Albanian government take orders from a bunch of people, who came to Albania seeking shelter as persons in need of protection. Now these stateless (apolide and apatride) persons order about the justice organs of my country as if they are an occupation force dealing with justice system of an occupied country.

I have sued the MEK (commander Behzad Saffari in person). I continue to investigate the MEK and its activities in Albania. I continue to collaborate with foreign journalists working with them in the capacity of fixer and translator/interpreter when their journalists and cameramen come to Albania. I continue to write about the MEK and the quisling segments in the ranks of the Albanian government as well as the Albanian opposition. I love my country and I consider the MEK a security threat to my country. I have chosen to do my bit for my country regarding the MEK threat to Albania and Albanians. I am proud of myself as what I continue to do is not simply journalism. It is patriotism, too!