The Intercept’s Murtaza Hussain says members of the Mojahedin-e Khalq, an exiled Iranian militant group better known as the MEK, are tasked all day to run the cultish group’s propaganda campaign against the Iranian government.
Murtaza Hussain

“The MEK is a very secretive organization but defectors have told us that on their bases in Albania and France members are tasked all day with posting articles online and running the MEK’s information operations,” Hussain said in an interview with the Balkans Post.

“It is unclear how this is funded but it would be expensive,” he added. 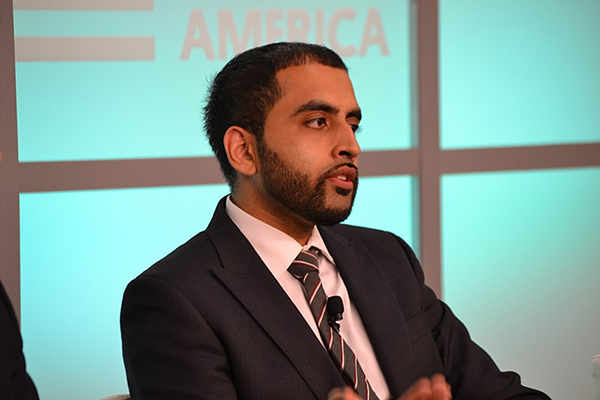 The following is the transcript of the interview:

BP: Mr. Hussain, in a piece you co-wrote with Matthew Cole about the MEK, you reported shocking details about the MEK’s torture and forced sterilization of its members. If these details are accurate, why is the cultish organization is still allowed to operate?

Murtaza Hussain: The MEK was designated a terrorist group by the State Department but for years still did lobbying work on Capitol Hill. It seems that the law has always been unevenly applied on the question of terrorism designations.

BP: The MEK was relocated to Albania a few years ago, making the country a hub for anti-Iran activities. In your opinion, why did Albania decide to become a country that hosts such a cultish organization?

Murtaza Hussain: I’m not sure what the Albanian government’s decision-making was but it seems highly likely that they made this decision based on the desire to be on good terms with the U.S. administration and right-wing elements in that country. There has been some speculation also about financial compensation in exchange for taking in this group on their soil.

BP: You had written another article on June 9, 2019, saying that Heshmat Alavi, a self-proclaimed Iranian activist, “appears not to exist” and is “a persona run by a team of people from the political wing of the MEK”. What’s the MEK’s agenda here?

Murtaza Hussain: Heshmat Alavi is a persona used by the MEK to continue its public relations work in the Western countries, aiming to sway elite and public opinion by placing news articles and running social media campaigns promoting its vision for itself as the future government of Iran. The MEK is a very secretive organization but defectors have told us that on their bases in Albania and France members are tasked all day with posting articles online and running the MEK’s information operations. It is unclear how this is funded but it would be expensive.

BP: On that issue, you have also said the MEK runs an “extensive propaganda operation out of its base in Albania with the aim of steering the United States and Iran into a war that could lead to regime change.” Do you think the MEK has a shot in Iran?

Murtaza Hussain: The MEK has killed thousands of Iranians over the years and was involved in the 2009-2011 assassination of Iranian scientists alongside the Israeli Mossad. They are a deeply unpopular group including among opponents of the Iranian government.

Murtaza Hussain is a journalist whose work focuses on national security, foreign policy, and human rights. He writes in The Intercept. His work has previously been featured in the New York Times, The Guardian, and Al Jazeera English.