The United States of America was the first country in the world to be built by sects. Representatives of the European persecution of Protestants settled in the New World to build their “city upon a hill”, a millenary Protestant utopia. It was a claim to build a new society, whose principles would extend to other nations in the future.
As time passed, American Protestantism, from Pentecostals to Jehovah’s Witnesses and Mormons, became important tools of American soft power.
Many remember the case of American Evangelical missionary Andrew Brunson, who was arrested in Turkey for espionage. During the investigation, facts emerged about his connection to the Mormon network of influence in Turkey, which was also connected to the American intelligence services.
However, it is not only American sects around the world that can be considered an instrument of influence by the US. The opposite trend has become more and more common: the United States has increasingly been working together with sects and cult groups aimed at overthrowing power in various countries. At the same time, at some point, it becomes difficult to see who is using whom. 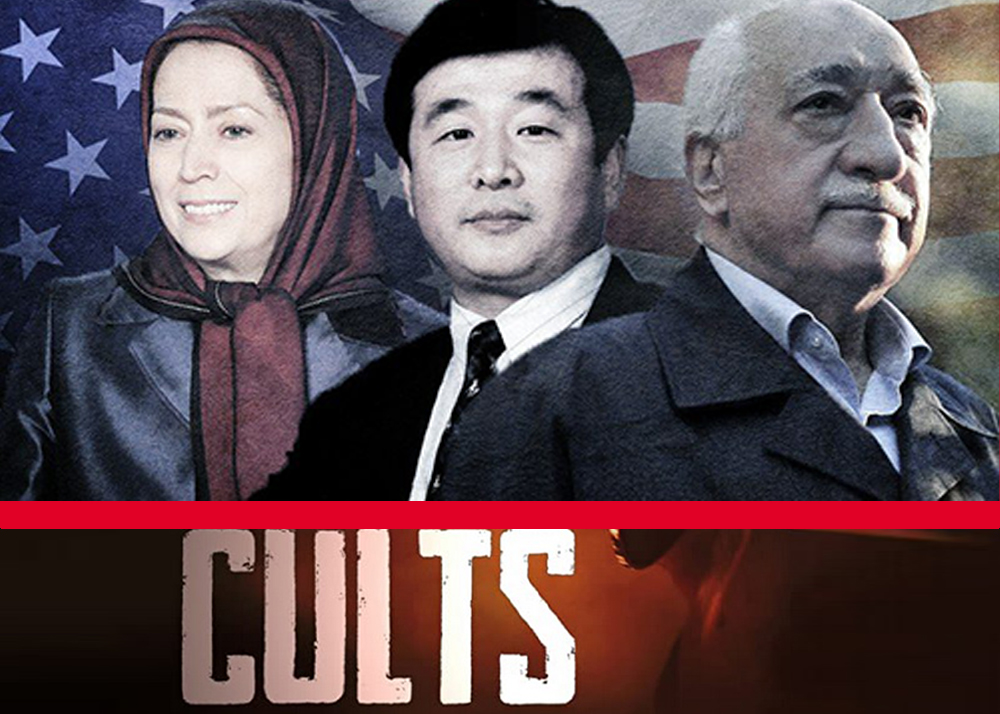 FETÖ and the CIA

In July 2016, a coup attempt took place in Turkey. The poutchists who organized the underground structure in the army intended to destroy the country’s leadership, including President Recep Tayyip Erdoğan. However, because the patriots and Kemalists refused to support them, the mutineers’ plot failed. Turkish authorities, after the investigation started, said that the terrorist movement of Fethullah Gülen FETÖ was behind the attempted coup.

According to Turkish authorities, FETÖ was also behind the assassination of Russian Ambassador Andrei Karlov in 2016, and action aimed at preventing the normalization of Russian-Turkish relations. The attack was also linked to the terrorist “Kurdistan Workers Party”.
Previously, the Gülen movement was behind the high-profile “Ergenekon” case in the early 2000s. As the New York Times wrote “In 2005, years before the trials, a man affiliated with the Gülen movement approached Eric S.. Edelman, then the American ambassador, at a party in Istanbul and handed him an envelope containing a handwritten document that supposedly laid out a plan for an imminent coup”.
Ergenekon’s goal was to weaken the Turkish army and eliminate its military patriotic orientation, not oriented towards the United States.
Gülen almost came close to intercepting power in Turkey in the early 2000s, acting as an ally of the ruling Justice and Development Party, but his influence waned after 2013. His organization acted as a network of devotees, despite the self-created image of pure religious and humanitarian organization. The 2016 coup showed that under the mask was a “parallel state”.
Despite attempts by Gülen’s supporters to portray his movement as social, educational and democratic, it is in reality based on a cult of devotion to an autocratic leader and resembles a secret network. The organization is recognized as terrorist by Turkey, the Turkish Republic of Northern Cyprus, Pakistan, the Gulf Cooperation Council and the Organization of Islamic Cooperation.
At the time of the coup attempt, FETÖ was being governed from the US. Gülen himself received a green card in 2002. Since then, he has lived in the US. Interestingly, the FBI and the State Department opposed Gülen’s attempts to settle in the United States. But the CIA vouched for him.
CIA National Intelligence Council former vice chairman Graham E. Fuller, former CIA official George Fidas and former US Ambassador to Turkey Morton Abramowitz wrote letters in support of Gülen’s green card. Turkey has now issued an arrest warrant against Füller and is seeking the extradition of Gülen, accusing them of organizing a coup d’état.
Gülen’s extradition is a major issue that is poisoning US-Turkey relations. However, the Americans refuse to extradite the ringleader of the Islamist structure. Many advocates of Gülen, including Graham E. Fuller himself, vehemently oppose the very possibility of reconciliation between the US and current Turkish leadership.
The Gülen organization has 156 charter schools in the US. He has ties with the US establishment, including Bill and Hillary Clinton. Gülenists heavily invest in the US, predominantly Democrats.
Falun Gong: Anti-Chinese propaganda
The Epoch Times Conservative media outlet has become very popular in the US over the past few years. For the average American, it looks like another pro-Trump media outlet: conservative, fervently supporting the current US president and all his policies, especially his criticism of China, its headquarters located in New York.
Recently, it actively spread the conspiracy theory that the new Coronavirus was created in biological laboratories in China. Last week, the media even began distributing a free issue of the Epoch Times newspaper, consisting of anti-Chinese propaganda of various kinds, in the United States and Canada.
However, there are no white protestant or conservative representatives of the Jewish community behind this media source as is the case with sources such as Breitbart News. The Epoch Times is the media arm of Falun Gong sect – a guru-centred movement with political ambitions banned in China. Its media empire in 2003 became the largest Chinese news system outside mainland China.
After Donald Trump came to power in the US with his fervent anti-Chinese rhetoric, the sect’s adherents began to aggressively influence the English-speaking audience. Today Epoch Media Group includes The Epoch Times newspaper and NTD TV channels (New Tang Dynasty Television).
NBC News reported in 2019 that former Falun Gong cult members believe the end of the world is coming. They believe that “communists” will be sent to a kind of hell, and that President Trump is an ally in the fight against communism.
In 1999, the Chinese government banned Falun Gong. By then, the cult had thousands of adherents all over China, united in faith in the coming apocalypse, the coming of aliens, special spiritual techniques and unconditional submission to its leader, Li Hongzhi.
Falun Gong has all the signs of a totalitarian sectarian movement and is very similar to Aum Shinrikyo, another Asian (Japanese doomsday cult), whose followers carried out the deadly Tokyo subway sarin attack in 1995.
Former Chief Strategist of White House Steve Bannon teamed up with Falun Gong filming the propagandist movie “Claws of The Red Dragon”.

The MEK: the ‘good terrorists’

A description of the US administration’s ties to sects would not have been complete without reference to The People’s Mujahedin Organization of Iran, or the Mujahedin-e Khalq (MEK). Formally, it is a left-wing political movement. In fact, it has long since degenerated into the personality cult of the leader – Maryam Rajavi.
The MEK was created back in the 1960s. In the 1970s, its members organized several terrorist acts against Americans in Iran. They supported the Islamic Revolution in 1979, but then disagreed with the Islamic clergy, and began a campaign of terror.
The victims of MEK’s terror were Iran’s second president Mohammad-Ali Rajai and Prime Minister Mohammad Javad Bahonar in 1980. In all, several dozen high-ranking Iranians were killed at the hands of MEK members.
During the Iran-Iraq war, MEK members betrayed Iran and took the side of Saddam Hussein. After the US invasion of Iraq in 2003, MEK members who were on the base in Iraq were “inherited” by the US.
From 1997 to 2012, the US listed MEK as a terrorist organization. Back in 2009 RAND Corporation in the report ordered by the US government said MEK has “many of the typical characteristics of a cult, such as authoritarian control, confiscation of assets, sexual control (including mandatory divorce and celibacy), emotional isolation, forced labor, sleep deprivation, physical abuse and limited exit options.
In 2012, Pulitzer Prize-winning journalist Seymour Hersh revealed the scheme of how US Joint Special Operations Command trained MEK militants in 2005-2009. At that time the structure was considered a terrorist organization in the US.
In 2016, the US paid for the relocation of 3,000 MEK members from Iraq to Albania, a Balkan country absolutely loyal to Washington.
At various times, former National Security Adviser to President Trump John Bolton and Trump’s close friend and personal attorney Rudy Giuliani addressed MEK leadership.
The Iranian “mujahideen” are waging an active information war against Iran and possibly used for intelligence by the United States. However, MEK propaganda is aimed not only at Iran, but also at the United States. This structure lobbies the most harsh policies towards Iran.
This is how “Heshmat Alavi” appeared, a group of MEK activists that wrote texts under a pseudonym for Forbes, The Diplomat, The Hill, The Daily Caller, The Federalist and the English edition of Al Arabiya’s website. One of the articles written by this team of authors was used by the White House to justify the imposition of new anti-Iranian sanctions.
There was also information that MEK was giving money to Rudy Giuliani.
MEK and its subsidiary, the National Council of Resistance of Iran, have openly advocated a change of power in Iran, promising to establish democracy and the rule of law. At the same time, inside MEK itself, there is truly totalitarian order, and the members of the sect are under the constant control of the leadership, their whole life is regulated.

The tail wags the dog

FETÖ, Falun Gong and MEK are working with the US to fight against legitimate governments around the world. At the same time, the US is not ashamed to use organizations whose structure does not comply with any principles of democracy or human dignity, hypocritically claiming to fight for human rights.
The fact that the US has found best friends in the three most important areas in the face of totalitarian sects says a lot about the US leadership itself. It understands that only sectarians with brainwashed minds can confront sovereign Turkey or Iran and China. On the other hand, sectarians are usually willing to do anything, and asking Americans for their help is a dangerous sign.
But cooperation with sects is a double-edged sword. On the one hand, they are an instrument of American imperialism. On the other hand, lobbying, bribery of officials, frantic activity in the media, promotion of their “experts” shape American policy in line with these cults’ strategies.
How will US policy toward Iran be built if the voices of MEK’s allies are loudest? Will Washington be able to come to a truce with Beijing if Falun Gong forms a negative image of China among Trump supporters? If Fethullah Gülen’s friends and devoted activists of his sect constantly appear in the American media and bombard them with the ideas of their CIA friends, what will be the American policy towards Turkey?
The answers to these questions are obvious. By working with cults, Washington may soon become a dog being wagged by its own tail. 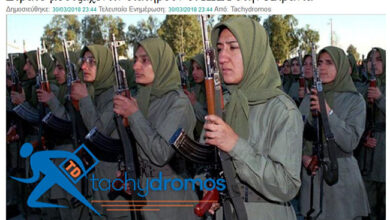 The US Army keeps the Mojahedin Khalq army in Albania