Saddam Hussein’s regime was widely regarded as the sole state supporter of the Mojahedin-e Khalq Organization (MEK, MKO, Rajavi Cult). Massoud Rajavi went to Iraq in June 1986 after meeting with then Iraqi Foreign Minister and Vice President Tariq Aziz, and moved his forces there, forming the National Liberation Army as a ‘private army’ in Saddam Hussein’s military and security system.

At that time Iraq became the main stronghold of the MEK, and Saddam Hussein became the only state supporter of Massoud Rajavi and his armed forces. Rajavi was actively involved in the Iran-Iraq war, though on the side of the aggressor enemy and against the border guards and defenders of the homeland, and because of this great national betrayal, he became extremely hated by the Iranian people. He destroyed what was left of his popular base in exchange for Saddam Hussein’s substantial support for gaining power in Iran.

This situation continued until the coalition forces invaded Iraq in 2003 and Saddam Hussein was toppled. During this period Massoud Rajavi and his forces continued their terrorist activities inside Iran with the full support of the Ba’athist regime in Iraq. The fall of the dictator in Baghdad brought about dramatic changes for the MEK. Massoud Rajavi’s time was over and he was forced into hiding. Maryam Rajavi went to Paris as the new figurehead of the cult, and the MEK forces in Iraq were disarmed and corralled into a single US guarded camp. 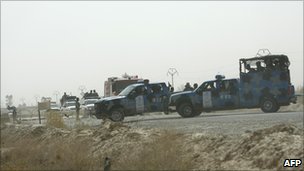 The MEK leaders had enjoyed extremely good conditions in Iraq under Saddam Hussein and were able to gather their forces in isolated and remote camps where they could cut off members’ contact with the outside world, especially with their families and friends.

After the fall of Saddam Hussein, each successive sovereign government of Iraq, one after another, called for the expulsion of the MEK as a threat to national security. Rajavi did his best to stay in Iraq and not lose Ashraf garrison and the border with Iran; he hoped that a spark would re-ignite the war between the two countries. He even opened an account for the US invasion of Iran and planned the conditions for entering the country. Finally, after many hardships, the rest of the MEK left Iraq in late summer 2016 and arrived in Albania under an unconventional agreement. Albania was the only country ready to accept them. Members of the organization were admitted collectively without proper asylum status or travel documents in violation of UN rules. 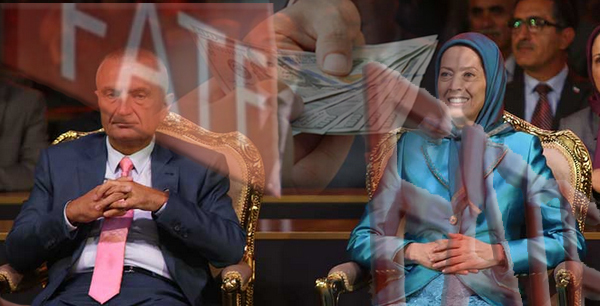 Unlike in Iraq, the MEK in Albania did not have an isolated and remote camp to gather in. This was not sustainable for the organization as it experienced a daily decline with tens of members deserting the group. The original plan was for Albania to be the mediator country and from there the process of deradicalization, rehabilitation and distribution of the MEK combatants into various European and American countries would begin. Accordingly, a number of them were accepted by the United States. But with the emergence of the Trump administration and the rise to power of warmongers such as John Bolton, this trend changed and the MEK were moved to a US-provided camp, where the leaders were able again to impose coercive methods of control in the same way as Camp Ashraf in Iraq. Interestingly, this new camp was given the name Ashraf 3 – an acknowledged continuation of Ashraf’s infamous and notorious garrison in Iraq.

In Iraq under Saddam Hussein, Rajavi and his cult had restrictions imposed on them because of national security issues. They were not allowed to leave their camps. Their movement outside the camp for essential matters such as visiting doctors or attending hospital was possible only with the escort of Estekhbarat (the Intelligence Protection Organization of the military and law enforcement forces) agents. They did not have the right to communicate with the Ministry of Foreign Affairs, Members of Parliament, Ministers, government officials, businessmen, police officers, municipal authorities, and so on. They were limited to communicating with the Ministry of Defense and the Army. They were not even allowed to communicate with the Mokhaberat (Intelligence and Security Organization). They were not allowed to refer to the Iraqi media and citizens. Even to buy their necessities, they had to act through army intelligence officers who were permanently stationed in the MEK garrisons. They had no right to engage in any economic, social, political, or propaganda activities inside Iraq, and were entirely under the control of Iraqi military intelligence. The routine meetings of Massoud Rajavi and other leaders of the organization took place only with officials of this body and they resolved all their issues through it. Even to leave the country or enter Iraq, they had to go through this channel and not through the normal and official channels of the country. Immediately after accepting the ceasefire between Iran and Iraq under Saddam Hussein, Iranians could easily obtain visas and visit Iraq. Instead of restricting all Iranian citizens, the government restricted the MEK.

But the MEK face no such restrictions in Albania. The open hand that Edi Rama – at what cost and for whose interests it is not clear – has given to the MEK in his country has allowed the MEK to extend its malign influence into every aspect of the country’s governance, while ordinary Iranians are banned from visiting the country. The MEK are free to protest against an article in the Gazeta Impakt that they did not like, and write an open letter, shamelessly calling for legal action against it, and Albanian citizens such as civil rights activist Olsi Jazexhi, lawyer Migena Balla, and journalist Gjergji Thanasi, have been threatened and slandered for displeasing the MEK. Was Rajavi allowed to act in this manner against Saddam Hussein?

It is worth noting then that Albania’s Prime Minister, Edi Rama, has taken a step further than Saddam Hussein to support the Rajavi Cult, to the point where he has endangered the national security of his country and even Europe. If Edi Rama has real authority to govern his country and does not – as it appears he does – have to obey the demands of foreigners, he needs to think a little harder about his country’s national interests and think about why Saddam Hussein had limited the MEK in Iraq so much and why subsequent Iraqi governments after Saddam Hussein insisted on expelling the MEK from Iraq? The answer to this question would certainly serve to enlighten Albanian public opinion and clarify the nature of their current government.