The quote seems so familiar to those who were involved with the Mujahedin Khalq Organization (The MKO/ MEK/ PMOI/ Cult of Rajavi). Just a few days ago, a former member of the group told BBC Persian that “laughing was forbidden in the MEK”.

The BBC report titled “Prison in Prison” was published on September 20. The BBC reporter Jiar Gol covered the fate of the Iranian soldiers who were taken as POW by Iraqi forces and then were recruited by the MEK. He interviewed two defectors who left the MEK after years of imprisonment in Iraqi jails and then in the MEK camps. 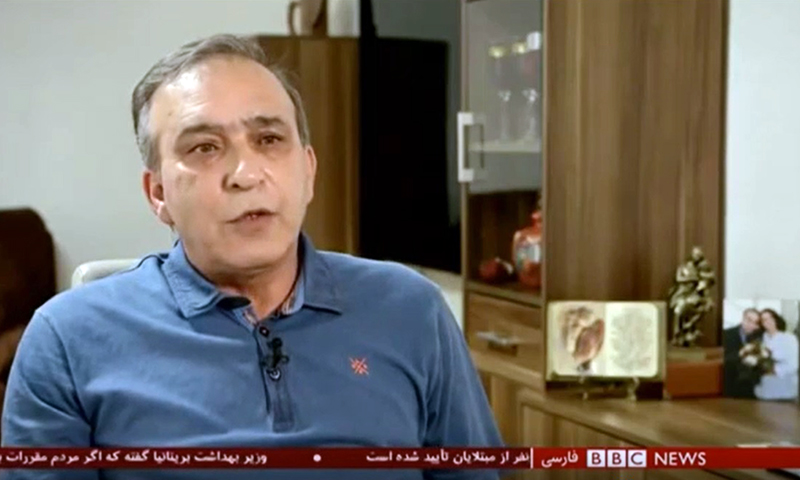 Edward Tromado was one of the interviewees. He, as any army soldier, was taken as a war prisoner in the early days of the Iran-Iraq war. Edward spent 9 years in Iraqi prisons, according to BBC. He was recruited by the MEK in 1989 and shortly after, he realized the bizarre conditions inside the group. “I was in the MEK for 12 years and I envied the Iraqi prisons thousands of times,” he tells Jiar Gol.

Why did he envy the violent and deficient life of war prisoners’ camps of Iraq?

His answer is revealing: “In Iraqi prison, we went through all pressures, restrictions and violence with jokes and laughter but in the MEK, laughter was totally forbidden, you were never allowed to laugh. If two people talked to each other, they would be told, “you have Mahfel”. (Mahfel is a Persian word referring to a group of people gathering together)

Leaders of the cults make efforts to manipulate the minds of their followers; they try to form the members’ minds as robots with Artificial Intelligence. However, most human beings instinctively resist coercion so leaders’ endeavors result in opposite, as the communist states experienced it in the Soviet Union and the Eastern Block.

Under the rule of communism, people used to indicate their protest by making jokes and cartoons of their political and social problems. It was kind of underground literature for the citizens of these countries who were deprived from freedom of expression. In the MEK, this underground literature is called Mahfel.

In a dictatorship, joke and laughter is a media in the hands of people all over the society. Actually, the dictatorship turns into a machine that produces comedy; their economic theories and their suppressive system cause a constantly ridiculous situation.

In the absence of freedom of speech and unbiased journalism and media, jokes reflect the real reaction of the society to the system. The clandestine jokes or Mahfels –in the MEK- not only help cult members maintain their social relations in the closed ideological structure of the cult but also preserve happiness in the community of the cult and ultimately prevents members from getting brainwashed by the system.

The leaders of the Mujahedin Khalq need to prohibit anything that causes hilarity among members in order to keep them in the cult-like structure of the group. These mind-manipulated individuals, with demolished creativity simply obey the absolute power of Massoud and Maryam Rajavi. Under the rule of the leaders they may deny every human feeling and emotion in their inner selves. They may even show up in front of the cameras of the MEK’s TV channel to deny their love for their family but what is really going on in the covert layers of human relations in the group (ie in the Mahfels) is more important. Mind of a human being is the freest place in the whole world.