Ms. Manzar Sharif Aqili, the suffering mother of Mahnaz Bazazi, whose daughter is being held in the MEK camp in Albania, sent a complaint to the UN Committee on Enforced Disappearances with adequate explanations of how his daughter had disappeared, and called for an immediate investigation into his daughter’s condition in the acute situation of Covid-19 in Albania. 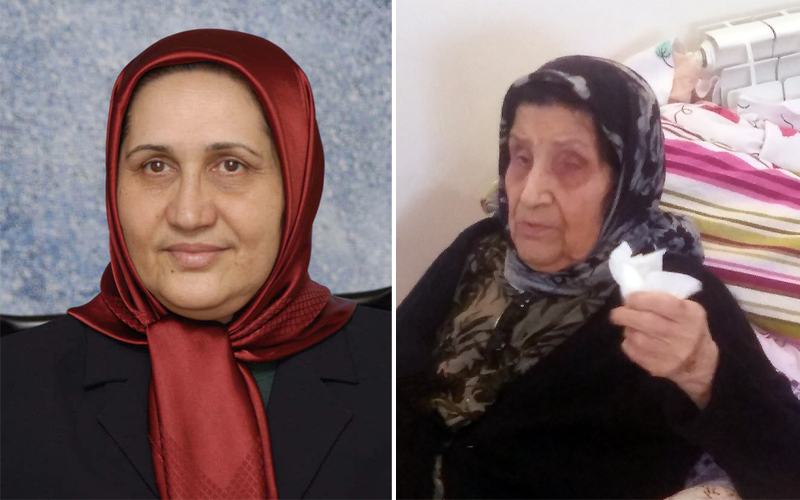 The text of Ms. Manzar Sharif Aqili’s complaint is as follows:

Greetings and Regards,
I am Manzar Sharif Aqili, a resident of the city Kordkoy, Golestan province. My daughter, Mahnaz Bazazi, has been a member of the Mojahedin-e Khalq Organization (MEK, MKO) for more than 35 years. She was first taken to their camp in Iraq by deception as well as false promises, and then the organization moved to Albania.

After the fall of Saddam Hussein in Iraq, I followed the situation of my daughter through various international channels, and due to the fact that I am blind, I followed up through my children and contacted various human rights organizations and other related bodies.
Unfortunately, I did not receive any answer until I realized that the MEK with all its members had gone to Albania in 2016. After that, on several occasions, I asked the Albanian authorities to help me meet my daughter Mahnaz Bazzazi; unfortunately they did not pay any attention to my legitimate and humanitarian requests.

Now, considering the outbreak of a deadly and dangerous disease caused by the Covid-19 virus in the world and in Albania, which has infected many people inside the MEK camp and even led to the death of more than 17 of them in less than a month, I am very worried about my daughter’s physical and mental condition. So I urge you, respectful officials, to determine my daughter’s condition as soon as possible and inform me and my family, as well as to make arrangements to communicate with my daughter.