Greetings and best regards,
Regarding my brother Mustafa Nourishad, son of Morteza, I Mojtaba Nourishad lodged a complaint against the Albanian government with the UN Committee on Enforced Disappearances under the UN International Convention for the Protection of All Persons from Enforced Disappearance, of which the Albanian government is a signatory.

After a long time, I was given forms that I filled out and sent along with the required additional documents.
I then received a reply that the subject of my complaint had been referred to the UN Working Group on Enforced or Involuntary Disappearances (WGEID) for further investigation, and they concluded that there was insufficient reason for the Albanian government to be responsible for my brother’s abduction or disappearance.
According to the following information:

The identity of the person forcibly disappeared: Mustafa Nourishad, son of Morteza

When he disappeared: About 15 years ago, when he was 19 and a university student, he left home and there was no news of him. An advertisement was published in the newspaper at the time for his disappearance. After years of ignorance, it became known through some former members that he was in Camp Ashraf in Iraq in the Mojahedin-e Khalq Organization (MEK, MKO), with whom it was not possible to have any contact.

After the fall of Saddam Hussein, we were able to travel to Iraq and approach Camp Ashraf, but the officials of the organization did not cooperate. In Iraq, we also went to the UN office, which did not help and they did not help either. We were then informed that the organization, along with all its members, had been transferred to Albania and had been stationed in a remote and isolated camp with no contact with its members.

Where he disappeared: He first disappeared in Iran, but we later learned that he had been tricked into Iraq and joined the MEK, and then transferred to Albania with this organization.

It is necessary to emphasize a few points:
Since we received information that Mustafa Nourishad is in the MEK camp in Albania, we and hundreds of other families have sent numerous letters to various officials in the country, including Prime Minister Edi Rama, who is also the acting Minister of Foreign Affairs, but did not receive any response.

The families of the MEK members prepared a 550-page petition addressed to the Albanian authorities with more than 11,000 signatures and submitted it to the Albanian embassy in Paris, requesting an opportunity to find out about their missing loved ones, to which no response has been received so far from the Albanian government.

We and other families tried to obtain Albanian visas to travel to Albania and seek information from our missing loved ones through local authorities, but unfortunately we learned that the Albanian government has gone so far to support the MEK that at the request of this organization, it refuses to issue visas to Iranian citizens.

Therefore, as a last resort and reference, we complained to the UN Committee on Enforced Disappearances. It should be noted that our complaint is not against the MEK, but against the Albanian government, which supports this organization and leaves them openhanded to forcibly keep our loved ones in captivity.

Hundreds of families in Iran and in other countries are in a similar situation to us, and the United Nations should step in and ask the Albanian government, which is currently in charge of the MEK, to allow us to communicate with our missing loved ones in Albania. Therefore, I request that our complaint be re-examined and the information provided be taken into account.

Thanks in advance and I look forward to your response.
Mojtaba Nourishad
Karaj – Alborz Province – Iran 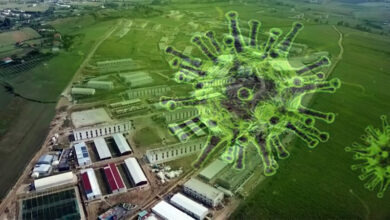