EU security question MEK in Albania over disappearance in Paris

Since former MEK member Hadi Sani Khani went missing from Albania, his friends and family have been extremely concerned about his welfare. It appears that Khani had been persuaded by the MEK to sign letters and statements saying that all his previous criticisms of MEK were lies and that he and other former members had been Iranian spies, in exchange for being taken to Paris where he believed he would start a new life in Europe. 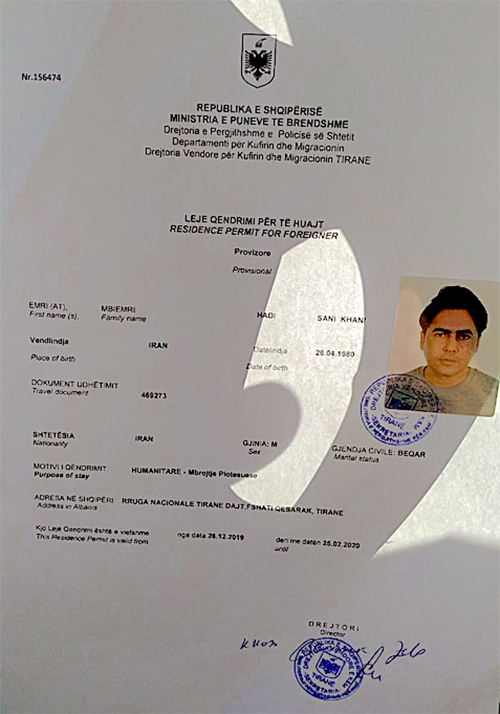 The MEK published his ‘confessions’ on their websites. But after reaching Paris, Khani disappeared and nobody has heard or seen anything from him since. Now two major European security agencies are in Albania collecting information about the MEK and investigating the role of MEK leader Maryam Rajavi and her lieutenant Mehdi Abrishamchi who has been identified as one of the MEK’s main people traffickers. The security agencies have evidence that Khani was in contact with the MEK right up to the time he disappeared and have traced his phone to Paris where it was switched off. Rajavi has denied knowledge of his whereabouts.

Two major European security agencies are investing #Maryam_Rajavi, #FreeIran, @Abrichamtchi mafia for their human trafficking network in Europe. #MKO, #NCRI is being asked to show where is #HadiSaniKhani. They have found proof of #MEK contacts with Hadi SaniKhani. Is Hadi dead?

The MEK has a track record of eliminating its critics and unwanted members. MEK experts warn that Khani may have been killed. Another scenario is that the MEK could use Khani’s drug addiction as leverage to force him to take part in a false flag terror operation in Europe. As the MEK’s fortunes have waned in recent years – Rajavi was expelled from Europe in 2018 over security concerns – the MEK is desperate to regain some relevance in the west’s continued covert war against Iran. Khani could have been kidnapped to be used as part of another plot to discredit Iran in Europe. 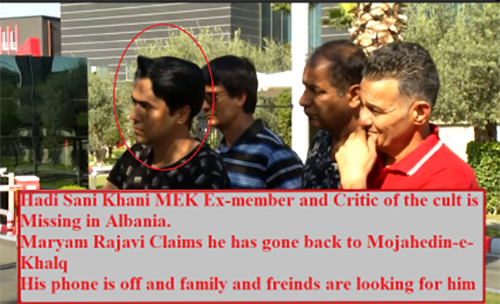 Whatever has happened to Khani, his friends and family are following the investigation with deepening concern.

The longer Khani has gone missing, the more worrying is his situation. And since the last information about Khani is that he was trafficked to Paris by the MEK, Maryam Rajavi must be called upon to account for his location, safety and wellbeing.