Father of Hadi Sani khani, who defected from the Mojahedin-e Khalq Organization (MEK, MKO) in Albania, sent a letter to the Secretary-General of the United Nations and other international and European bodies, as well as Albanian government officials, expressing growing concern over his son’s enforced disappearance in Albania. He and his wife requested that this issue be dealt with. 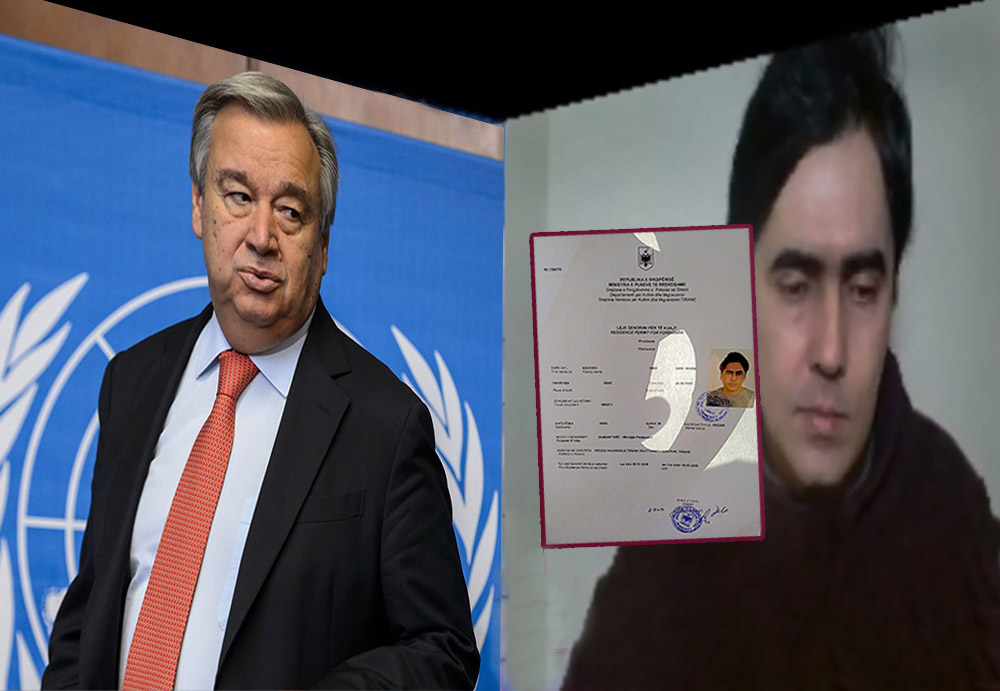 His Excellency Antonio Guterres, Secretary-General of the United Nations
Greetings and best regards,
I am the father of Hadi Sani Khani living in Tehran, Iran. My son, who was born in 1980, left for Turkey in 2003 with a friend to work. He wanted to go to Europe to find a better job and income and start a new life. He was not political and did not have the slightest acquaintance with the MEK. In Turkey, like some other young people, he was tricked into Iraq and the headquarters of the Mojahedin-e Khalq (MEK).

After we did not hear from him for some time, we learned that he was in Camp Ashraf in Iraq. I went to Iraq with Hadi’s mother and we approached the headquarters of the MEK. There we were able to meet Hadi in a very limited way.

In any case, four MEK officials were with us and did not leave us alone under any circumstances. They chased us out of the garrison and then disrespectfully warned us never to visit our son again. This was our last meeting with Hadi.

After that, we did not hear from Hadi and he did not contact us. Until 2016, when he was one of the last people to be transferred from Iraq to Albania, and he immediately left the organization and contacted us. During these four years, he never lost contact with us. He cited the main reason for his separation as not being allowed to communicate with his family within the organization. He said he would never accept a lack of contact with his family under any circumstances.

During all his contacts during this period, he constantly spoke against the MEK and recounted numerous examples of their betrayals and crimes. He praised people such as Ehsan Bidi, Hassan Heirani, Gholamreza Shekari, and others who helped him. He said that they were just like his brothers and they always supported him.
He received his refugee pension through the MEK for a short time, until, according to him, he was offered espionage and cooperation, and when he refused to do so, his pension was cut off by the MEK and the UN High Commissioner for Refugees refused to pay the amount. Therefore he faced serious financial problems.

At a time when one Euro was equivalent to 40,000 Iranian Rials, I sent him money several times same as other families, which he said that he helped others with this money. Unfortunately, during the last two years, due to the severity of sanctions and new economic conditions in Iran, and the excessive rise in the exchange rate and restrictions on the transfer of money, I could not send him money. He was in dire financial straits. At his last call about a month ago, he seemed very worried and anxious.

Hadi said that he works in a cafe as a waiter 14 hours a day, all days of the week, so that he can earn a living. He wanted to return to Iran from the beginning, but apparently the Albanian government did not agree to the MEK’s request. After four years in Albania, he still did not have an identity card or a work permit. He also said that the former members were constantly threatened and harassed by elements affiliated with the MEK.

While we were very worried about why Hadi had not called us for a long time and why even his phone did not answer, we were informed that the MEK published a letter attributed to him, the content of which was completely contrary to what he had said to us for four years. This doubled our concern because he had been repeatedly threatened by elements of the organization.

My wife, who is seriously ill, and I ask you to act immediately to find out about my forced disappearance son in Albania. The Albanian government must be held accountable. I am impatiently waiting for an answer from you to ask the Albanian government where Hadi Sani Khani is now and how his condition is.