A number of defectors of the Mujahedin Khalq Organization (the MKO/ MEK/ PMOI/ the Cult of Rajavi) took action to denounce the group for kidnapping another former member, Hadi SaniKhani. 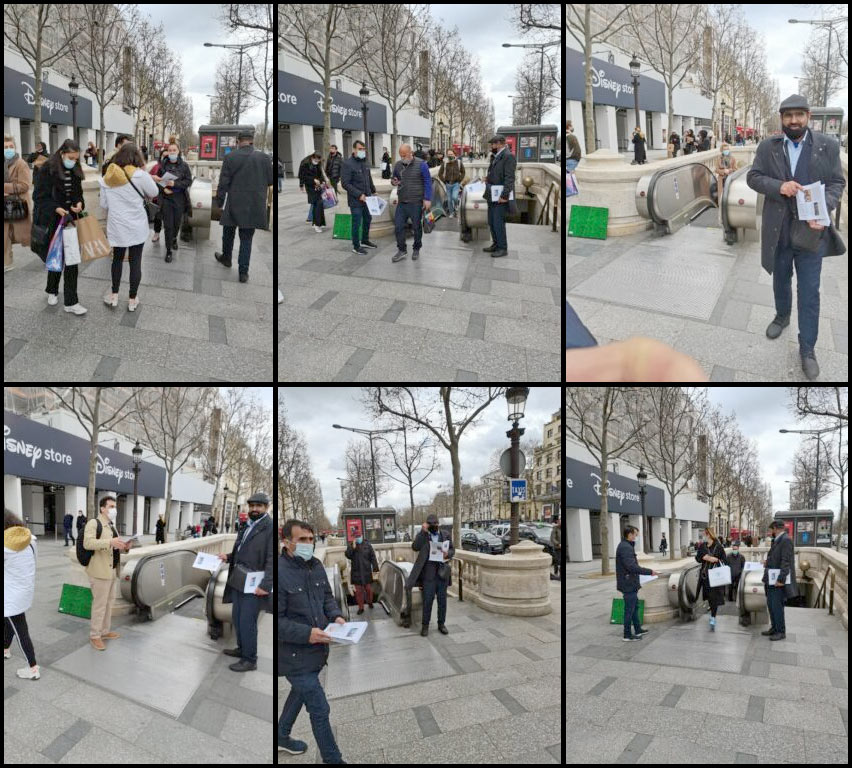 Tens of former members of the MEK distributed flyers and brochures on the case of Sanikhani among citizens of Paris and its suburb. Hadi Sanikhani was recruited by the MEK in Turkey and then smuggled to Iraq to stay in the group’s cult-like system. He escaped from the group after it was relocated in Albania but after a few years he was disappeared. The MEK propaganda websites published some papers allegedly signed by Sanikhani.

Defectors believe that the MEK leaders have probably smuggled Sanikhani to France territory. They warned the French authorities and citizens about the MEK’s unlawful activities in France.