As the Vienna talks about compliance with the JCPOA continue, participating countries need, of course, to report to their domestic audience via the media what has transpired, what their negotiating position has been and what they got for their efforts.

For President Biden, of course, there is the added burden of laying out the achievements of his first 100 days – failure to re-join the JCPOA as promised being a thorny issue. Iran however has found the perfect go to distraction. Iran – which is heading for presidential elections in June – can easily boost the righteousness of Ayatollah Khamenei’s negotiating red lines by framing the American approach to the talks as grounded in bad faith and bad intent. All it took was to mention that five supporters of the MEK have been in Vienna there to protest. 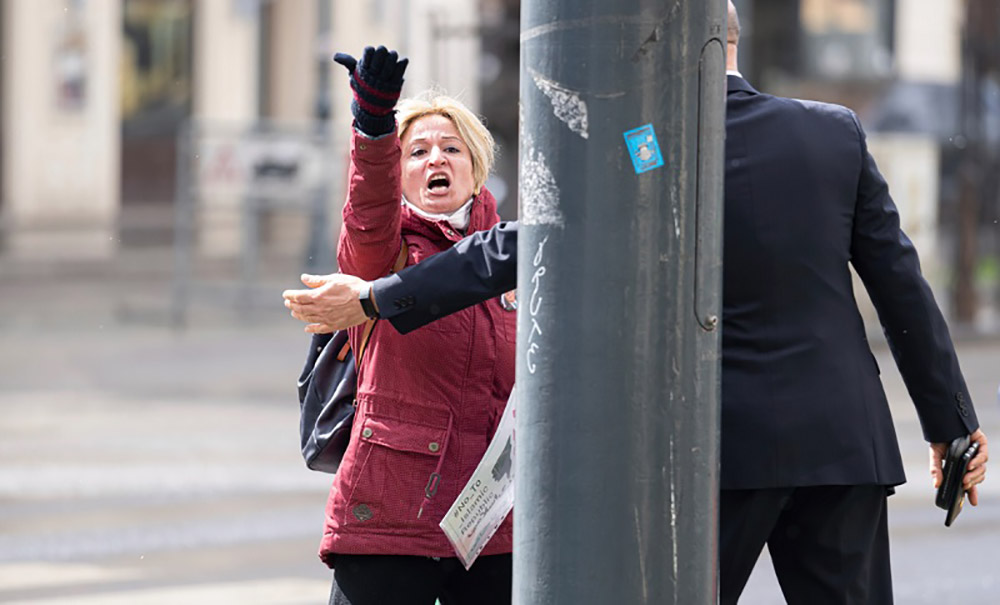 Iranian papers reported that a small gathering of Mojahedin-e Khalq (MEK) supporters took up position outside the Grand Hotel which hosts the talks, where they cursed and swore to try to intimidate the Iran delegation. Their demand: an end to diplomacy and for the US to declare war against Iran. Iran’s interpretation to its domestic audience in the run up to the presidential election in June, is that the West is simply playing games using anti-Iranian terrorists, and that this shows that neither America nor Europe is serious about the talks or establishing normal relations with Iran.

In Iran, MEK has become shorthand for ‘the threat to national security from the west’. The negotiators do not need to defend their work. It is enough to denounce the MEK’s unchecked presence in Vienna to demonstrate that the blame lies on the west’s side. It would be foolish to underestimate just how despised the MEK are among Iranians. Every school child on a trip to their local war museum will pass through a section graphically describing the MEK’s deadly collaboration with Saddam Hussein during the eight-year war. The MEK waged a two-decade long terrorist campaign against Iranian civilians that, by its own admission, killed up to 17,000 people. Worse, the MEK continues to act as mercenaries to foreign powers which seek to damage Iranian national interests, including assassination of nuclear scientists, and generals Shirazi and Soleimani. With this history, it is unsurprising that Iran’s leaders find fertile soil to plant anti-west opinion in the population.

To be fair, Europe has tried to curtail MEK activity in recent years, finding it counter to its stated goals of diplomacy with Iran. In 2018 the MEK leader Maryam Rajavi was expelled from Europe on security grounds and set up her new headquarters in Albania. But in Albania support from within the Trump administration allowed the MEK to continue to conduct itself as it has for the past forty years – using intimidation, corruption and propaganda under the protection of the CIA to pursue its anti-Iranian agenda. Not only does this play a major factor in why Albania will not be able to join the EU, the presence of MEK supporters now in Vienna fatally undermines the EU’s position vis-à-vis Iran.

We wrote back in January and again in April that President Biden could score a quick and effective Iran policy win by dismantling the MEK in Albania where the CIA has a free hand. Among the benefits for his administration would be to help stem the flow of foreign funds and false propaganda narratives that continue to hinder and could even destroy America’s opportunity to re-join the JCPOA and position itself to influence future demands on Iran. It would also remove the MEK as a stick with which Iran can beat its opponents – as it has done in this case. Failure to grasp this simple equation is surely based in America’s blindness to its own growing weaknesses and to Iran’s growing military and diplomatic capabilities.