The half a century history of the Mujahedin Khalq Organization (MKO/ MEK/ PMOI/ Cult of Rajavi) testifies that terror and violence are an integral part of the essence of the group. Terror is the most important tool that has always been used by the MEK, not only for the Iranian people, but also for the purpose of silencing and removing members of the organization.

Over the years, the international community continues to see the continuation of the physical removal of members of the MEK with new methods in Europe and in Albania under direct command of the group leaders.
By studying and analyzing Cults, a common cause is deduced that all destructive cults in their internal relations are subject to brainwashing and mental control. However, despite all the control measures, they are struggling with their critical members because of their inability to provide reasonable argument.

The MEK, as a notorious destructive cult, is no exception. In fact, the beginning of this cult has begun with the assassinations and has continued until now. For Taqi Shahram, who was one of the first leaders of the group, the physical removal was the best solution to the disengagement of the domestic opposition, which later his legacy was inherited by Massoud Rajavi. He institutionalized physical elimination of dissident members in the MEK.
The leaders of the MEK have always used this method to silence the voices of dissent inside their establishment to avoid the secondary consequences of protest and criticism which is defection and eventually revelations on the suppressive atmosphere of the group.

The method has intensified in the secretive organization of the MEK since its relocation in Camp Ashraf, Iraq, where the MEK were able to exercise any pressure on their forces. Many members of the organization were assassinated during the years in Iraq, due to their opposition to the leaders’ views, requests for departure, rejection of orders, or simply complaint against a cult-like regulation.

In all these cases, the leaders of the MEK fabricated fake scenarios such as killing in the battle fields and suicide, and it was never possible for the victims’ relatives to pursue the crimes. Even in some cases, no information was given on the victimized person, and no one was even allowed to seek information.
It may seem like a joke that after the assassination of these members, the group commanders looked for criminals. Many of the individuals listed as the ancestors of the MEK, have been assassinated by the group leaders in the internal purges of the organization, but they are now boasted as martyrs of the MEK who have been killed by Iranian or Iraqi forces. Ali Zarkesh is an example of such eliminations.

Also after the occupation of Iraq by the United States, the leaders of the Cult of Rajavi repeatedly declared a number of their victims as the casualties of US missile attacks and bombs. There is a long list of people killed or injured, while many of them, especially the injured ones, were the result of tortures and cult-like suppressions. Parviz Ahmadi is a case who was killed under torture by MEK commanders but was declared as a victim of American invasion.

The assassination of members, the sudden disappearance of members in MEK camps, the prevention of visiting, and even the contact of parents with children in the camps and even the denial of the existence of such persons in the camps are some examples of the cult-like terrorist activities of the MEK in its half-a-century history.
However, during the deployment of the group at Camp Liberty in Iraq and after members were enrolled by the United Nations Commissioner for Human Rights, the group leaders were not so free hands to commit any crime. However, dissent and demands to leave were still factors to risk the life of members. 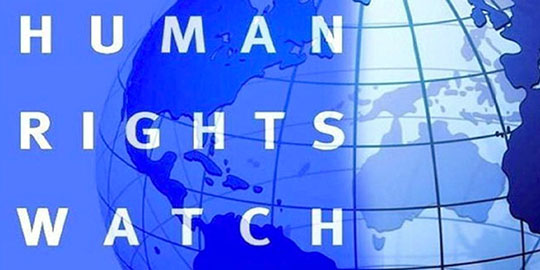 In fact, the heavy consequences of defection from the Cult of Rajavi made leaders keep on suppression and intimidation against their members. The consequences include testimonies of defectors on human rights violations committed by the MEK leaders, whether in the media or international courts and human rights bodies.
Now in Albania, the same procedure is the only solution to the MEK leaders against dissidents. However, they were not successful to stop the rise in defections from the group. This time, however, the organization’s scenarios for removal of members have varied slightly due to the high age of people present in the group, excuses such as illness are raised. Suspicious deaths at the headquarters of the MEK in Albania reveals new scenarios for the removal of dissatisfied members.

First of all, the suspicious deaths include those who seek to leave the group. When mental and even physical pressures are not successful, they start designing to remove the person. Because a protester, a critic and a separatist is able to spread the voice of objection and doubts over the organization to other forces and spread dissatisfaction.

One of the methods of physical removal of members, which is now very common in Albania, is death due to illness. In some cases, members of the group are taken to Albanian hospitals, due to illnesses but they die for reasons other than the illness. Some cases include poisoning, which according to the defectors, is a usual method used by the MEK to eliminate dissidents. Behzad Massoudi suffered a disease for many years, eventually died in Albania suspiciously, and the cause of his death was announced by the hospital as poisoning.

The incident is another method used in Albania to remove the dissatisfied members physically. In Albania, unlike the Camp Ashraf, where excuses such as gunfire or an explosion of a grenade as a cause of death were regularly announced as the cause of deaths, causes such as drowning in the pool are reported as causes of death. Malek Sharaee in Albania, whose death was announced as drowning in the pool is an example. While this person was a Lifeguard, his death at the pool was an unpredictable scenario for those who were not even familiar with him.
Apart from the methods of murder in Albania, the investigation of specific actions in the headquarters of the MEK in the country is sometimes followed by suspicious deaths and physical expulsions. Since the early 2016, exactly during the time Maryam Rajavi was stationed in Albania, mortality rates increased in the MEK, and just in one stage death of three people, Fakhri Isfahanian, Akbar Chavoshi, and Ali Khalkhal were announced.

In the same manner, the group appears to be in a critical condition, abolishing protesters to intimidate others. All in all, those present at the headquarters of the MEK in Albania are at high risk as long as they are under the control of the leaders of the destructive cult of Rajavi. This is now happening in a European country, which, unlike the deserts of Iraq, allows us to pursue the cases.

Human rights organizations such as “Human Rights Watch“, who sent a representative in a customary way to document the allegations made by the MEK to Albania, should also be cautious to these incidents and respond in accordance with essential duty.