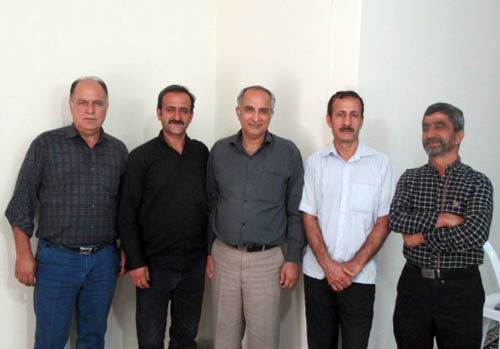 The former members reviewed the deteriorating condition of the MKO cult in Albania. They also shared their experiences while living within the Cult camps.

At the end of the meeting they published a declaration. Referring to the complete transfer of the Cult members to Albania, the former members urged the UNAMI and all related bodies to facilitate the release of MKO members held hostages within the cult affairs.

We ; the separated members of the Cult of Rajavi spent the best years of our lives within the Cult camps under the rule of an authoritarian leader; Massoud Rajavi. We are eyewitnesses of the Cult physical and mental pressures on members … .

Massoud and Maryam Rajavi wasted our time and energy on the way of their own interests… we were deprived of the most basic human rights within the Cult affairs. Anybody who would dared to criticize the organization or the leader would have been silenced …

This organization has a black history of violence and terror and crimes against humanity… it has no public support. Until recently it has been on the FTO list of Europe and USA … the group allied with the collapsed dictator of Iraq; Saddam Hussein in suppressing the Iraqi Kurds and Shiites in 1991. The cult urged several members to commit self-immolation in different European states.

We ask the related authorities and United Nations High Commissioner for Refugees to prosecute Massoud and Maryam Rajavi for their crimes against Iranian and Iraqi people as well as their own cult members.

We ask you to facilitate the members who have transferred to Albania to visit their families without the interference of the cult elements.  They also should have the opportunity to decide their own fate. “