There are people out there who are leaders of cults of personality and they do destructive harm against their followers emotionally, psychologically, physically and financially. Actually there is no cult, without a charismatic leader who abuses people to obey him unquestionably. 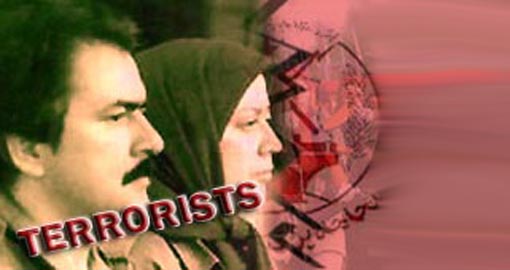 The Mujahedin Khalq Organization meets all traits of a destructive cult of personality. The disappeared leader of the group Massoud Rajavi had complete control over his followers. He never answered questions on the decisions he made and he was never accountable to no one in his group, the MKO.

What was Maryam Rajavi’s role to establish Massoud’s cult of personality?

According to Dr. Alexandra stein, cult expert and sociologist, “the most inner circles around a cult leader protect him or her from the masses outside.” For Massoud Rajavi the most inner circle is called the “Elite Council” which is exclusively consisted of female members.

“Some cult leaders are surrounded by their immediate lieutenant, their wives “, writes Dr. Stein. “They are in charge of looking after his personal needs as well as leading the organization on a daily basis.”

Certain female defectors of the cult of Rajavi are living eye-witnesses of the existence of such a protective female wall around Massoud Rajavi. Batoul Soltani, who left the group a decade ago, revealed that Massoud Rajavi had married a number of higher layer members of the Elite Council.

She revealed Rajavi’s passion to have sexual relationship with his numerous wives. The surprising part of her testimony was that Massoud Rajavi was aided by his third wife Maryam Rajavi – the so-called president elect of the MKO – to gain his sexual ambitions. Batul clarified how Maryam managed the ceremonies called Salvation Dance to manipulate high ranking members of the Elite Council – of which she was a member too – into getting married and having sex with Massoud.

What made Maryam Rajavi act as a catalyst for her husband’s ambitions?

Based on Alex Stein’s research, Maryam Rajavi’s function was to “implement Massoud Rajavi’s wishes and serving as a proxy for him while his whereabouts remain secret. But, she, too, will likely be dispensable should he so desire.”

Wheather Massoud Rajavi is dead or has desired to dispense Maryam as his successor, Maryam is now the symbol of feminism and women’s rights in the masquerade shows the MKO launches. However, Rajavi’s “all-female leadership” also functions as a shield against any probable dissent by the side of male members of his cult of personality.

Dr. Stein notifies the MKO as a cult in which “Rajavi appoints authority figures in the hierarchy based not on expertise, but because of ideological rank.”

She then describes how the inner feminine circle was formed around Massoud Rajavi: “these rankings change on a dime, depending on Rajavi’s whim. All one point, in a major ideological move, men were removed from any leadership posts and an-all-female leadership replaced them (with the exception, of course, of Rajavi himself) – presumably in an effort to keep the men subservient and prevent the development of internal resistance to Rajavi. More recently seven members of Rajavi’s inner circle have disappeared and the MEK watches suspect they are likely to have been “eliminated” as no longer being of use and potentially dangerous “because of the information they carry.”

To maintain his hegemony over his cult members, Massoud Rajavi victimized hundreds of people and Maryam was his number one assistant to gain the utmost power of saint immortal leader. With the disappearance of Massoud, Maryam is endeavoring to preserve the same authority over the cult of Rajavi. Has she been successful, the process of defection from the group would stop.