When in 2003, Elizabeth Rubin of the New York Times visit Camp Ashraf, the headquarters of the Mujahedin Khalq (MKO/ MEK/ PMOI/ Cult of Rajavi) in Iraq, she reported what he had witnessed in an unbiased article titled “The Cult of Rajavi”. The article that turned out to be one of the most reliable sources on the MEK contained two paragraphs on how Massoud Rajavi replaced men with women in the command structure of his cult of personality. “Rajavi liked having women around him,” Rubin wrote.

However, it took the world almost a decade to know about sexual abuses that Massoud Rajavi committed against women of his group by the company of his wife and co-leader Maryam Rajavi and certain female commanders of the group. New evidences indicated that Massoud Rajavi is actually a Don Juan; an obsessive seducer of female members of his cult. 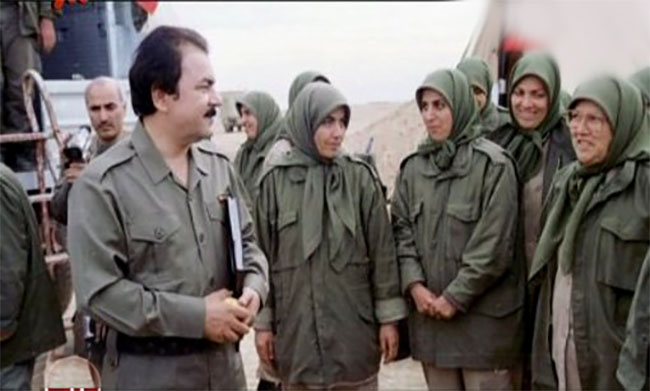 Gender segregation and forced divorces of married members of the group was one of the proceeding steps for woman abuse in the MEK. The 2009 report by the RAND Corporation noted how MEK rank-and-file had to swear “an oath of devotion to the Rajavis on the Koran” and highlighted the MEK’s “authoritarian, cultic practices” including ‘mandatory divorce and celibacy” for the group’s members. “Love for the Rajavis was to replace love for spouses and family,” explained the RAND report.

In Camp Ashraf Iraq and Albania, lines were “painted down the middle of hallways separating them into men’s and women’s sides,” according to RAND, and even the gas station there had “separate hours for men and women.”
In March 2020 Murtaza Hussain and Matthew Cole of the Intercept interviewed six defectors, including several who held senior positions and allegedly offered the most detailed account to date of what life was like inside the MEK. They interviewed Batool Soltani an MEK female commander and a member of the Elite Council of the group.

“Maryam Rajavi came to us as female members of the group many times and asked us why we haven’t demanded to see our leader in his bedroom,” Soltani told the Intercept. “There was a strong pressure” on MEK women to initiate sexual relationships with Rajavi, she said, “to show your commitment to the leader and the group.” During a long brainwashing procedure, Batool was convinced by Maryam Rajavi to sleep with Massoud. Soltani has given written and filmed evidences on the whole procedure.
Another female member of the Elite Council, whom The Intercept agreed to identify only as Sima, said she joined the MEK in the 1980s and left it in 2014. “Unlike other former members, Sima asked that her real name not be used because she feared retaliation from current MEK members.,” the intercept writes. “She now lives in hiding in a European country and agreed to meet privately in a place where other local supporters of the group were unlikely to see her.”

Like many other female members of the MEK, Sima was also victim of Rajavi’s passion for power and women. According to the Intercept, for most of the next 14 years, Sima was confined to one section of Camp Ashraf, unable to move freely on her own. Like Batool Sultani, Sima described an intense form of psychosexual manipulation by Rajavi that she said became an integral tool for controlling female cadres. Years earlier, in 1995, “Rajavi gave every single woman in the organization a pendant and told us that we are all connected to him and to no other man,” Sima said. She was forced to divorce her husband and, like Sultani, eventually became sexually involved with Rajavi.

Don Juan’s entire career of seduction is based on his desire to humiliate women. As Don Juan Tenorio says in the famous Jose Zorrilla’s play: “my greatest pleasure is to trick women and leave them dishonored”.
Mazda Parsi 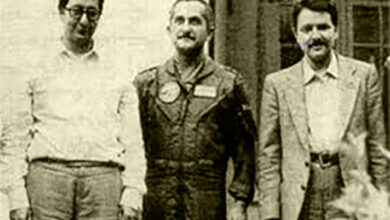