After Massoud Rajavi gained the absolute authority over the Mujahedin Khalq Organization (MEK/ MKO/ PMOI/ Cult of Rajavi), which was achieved with the death of Musa Khiyabani in Tehran, as an opposition movement he could also gain some support from Western countries.

Their argument was that the fate of the Islamic Republic was first of all linked to the outcome of Iran-Iraq war and secondly, the other superpowers do not want Iran to win in the war, and thus Iraq will not lose the battle. Therefore, Rajavi decided to formally sit next to Saddam Hussein and to link the whole entity of his organization to the Iraqi Ba’ath regime.

Rajavi arrived in Baghdad from Paris to sign treaties with Tariq Aziz, the then Deputy Prime Minister of Iraq, on June 7, 1986. As a result, the strategy of urban guerrilla warfare turned into the strategy of the liberation army. 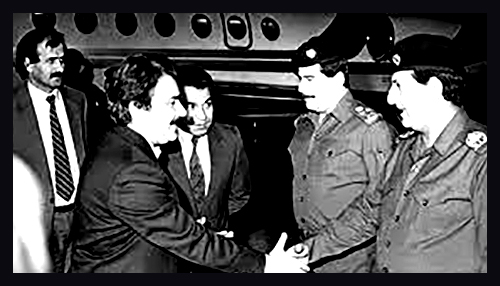 Rajavi’s analysis included the followings:
1. Regional warfare is not stable, its activity and inactivity are relative and sporadic
2. Urban guerrilla warfare with the goal of killing the regime’s agents, although it is linked to the regional warfare in a progressive phase, takes a lot of time and prompts the enemy’s full cover so it is futile in short-term. When someone kills an agent of the Iranian revolutionary guard, he believes that the system is still stable. In this case, rapid and fast overthrow do not work.

3. The Liberation War is a completely new experience in the contemporary history of the world and it’s with more subtle and more perfect than any military strategy. With the aim of breaking spells in the short run, and by resorting to the golden principle of maximum invasion, total warfare and absolute mobility, it manifests itself in revolutionary warfare.

Rajavi’s ostensible analysis survived the collapse of Saddam Hussein, and the eventual expulsion of the MEK from Iraq, and ultimately, its relocation in Tirana in Albania. It is still considered as the main strategy of the group.
For years, however, there has been no war of this kind, but the priority for the MEK leaders is to launch a new war against Iran. They spend millions of dollars in their lobbies in the US government to obstruct any possible negotiations between Iran and the US.
The question is that, exactly what kind group is the MEK which is ready to make all its efforts to rebuild a new war with Iran? The priority of military invasion to Iran is so crucial for the MEK that they are ready to admit the disgrace of their wish against the Iranian nation! 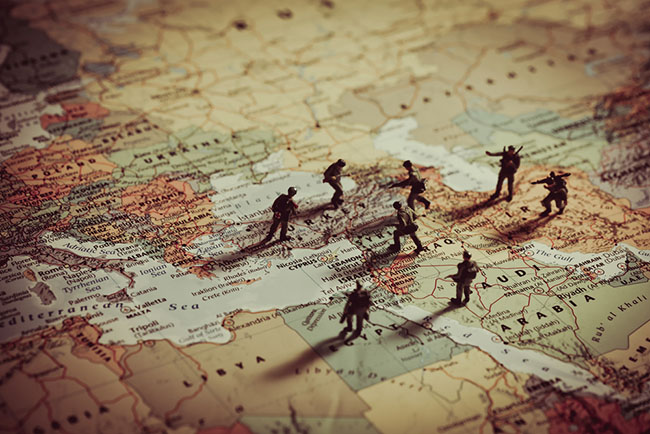 Stay in war conditions
The two main dimensions of this important issue are the maintenance of forces within the organization and the use of the group as a proxy force against the Islamic Republic of Iran for Western government like US and Israel. More precisely, the leaders of the MEK can only promise to their victory to their members in a direct conflict with Iran after 40 years of frustration and failure. On the other hand, the experience of the group in Saddam’s war against Iran will be appreciable inside the group, only during the repetition of the war on Iran.

Subversion only with war
Today, the political estimates of the world show that in the current stability and security of Iran there is no sign of the collapse. Iran is one of the most powerful countries in the region and it can even impose its will on the region and even the world – an incident that has actually occurred.
This estimate for Iran is so clear that MEK can understand even with all that mistaken analysis and strategies of Massoud Rajavi, they have to admit that their 40 years of their work will bear no fruit. So the only option left for them to collapse the Islamic Republic is a military warfare. Aside from the fact that over the past decade no power in the world has been willing to launch a war on Iran because of its risks, but the MEK leaders still hope that the conditions will reach a stage where this option will be implemented.

Living in an insecure environment
A survey on 40 years of MEK’s activities and possible achievements show that at the peak of its power and capabilities due to the lack of the least popular base, the group has never been a source of social movements in Iran, and has only been able to move into insecure slots. In fact, a stable and secure Iran risks the existence of the group.

Stability and progress of Iran mean death to the MEK, so they struggle to obscure the media atmosphere in the absence of military options against Iran. This psychological act is not just limited to the media of the group, the elements of the group try to induce a military strike against Iran in an extreme manner in the various media spaces and social networks in which they are active.

The arrival of the Lincoln Aircraft Carrier to the Persian Gulf or the dispatch of an American bomber into the region are examples of news headlines in the MEK-run media.
The MEK makes efforts to insecure the mental space of the Iranian society. This way, they provide justification for members who are no longer in control of the group leaders to stay in Camp Ashraf 3 in Albania.