The so-called Free Iran Summit held annually by the Mujahedin Khalq Organization (MKO/ MEK/ PMOI/ NCRI/ Cult of Rajavi) was supposed “to push for more assertive global policies toward the Iranian regime, including policies that support a large and growing civilian protest movement”, according to the MEK-run media. They also claimed that “Free Iran World Summit will link together Iranian expatriate communities throughout the world”. However, as a country with a large population of diaspora all over the world, there was no Iranian speaker as the representatives of the Iranian expatriate communities, in the Summit.

All prominent speakers of the event were non-Iranians except the group’s so-called president elect, Maryam Rajavi. The on-line audience was claimed to be connected from 50000 locations from all over the world to Camp Ashraf 3 in Albania which sounds quite implausible. Given that the MEK was really successful in linking such a crowd for the annual gathering, there should be at least a few prominent figures of Iranian political luminaries to address the Summit on behalf of the MEK. 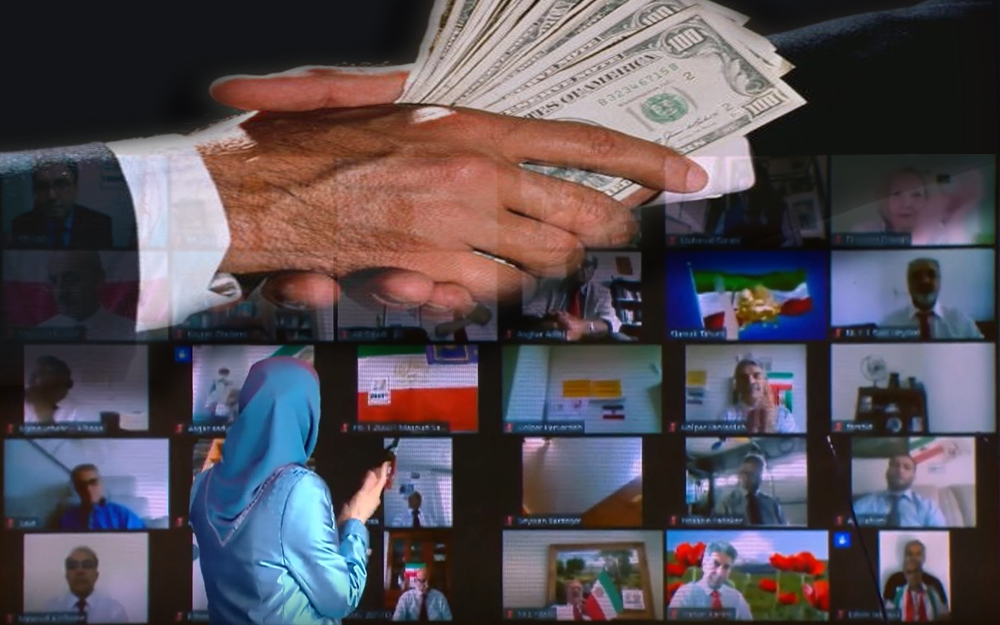 Moreover, the “free Iran summit” had no “free” local audience. The crowd who was sitting in front of monitors of the alleged online audience and speakers, are actually prisoners of the Mujahedin Khalq. As members of the Cult of Rajavi, the individuals who are settled at Ashraf 3, are banned from leaving the group. This is the second contradictory point about the gathering organized by MEK.

Such controversies are normally faced with critics in a normal world, as the Socialist and Democrats of the European Union declared that they were “shocked” to learn that the prime minister of Slovenia, Janez Janša, whose country is now chairing the EU rotating presidency, addressed the MEK gathering. “This anti-democratic, cult-like organisation, which was on the EU terrorist list until 2009, has a long history of human rights abuses documented by organisations such as Human Rights Watch,” they argued in the official statement that they immediately published after the event. They denounced the act of the Slovenian prime minister to support “a group with such a violent, anti-democratic record” as “destructive behavior”.

To criticize the American speakers of the MEK’s so-called summit, Michael Rubin of the Washington Examiner described the MEK’s true nature for the readers. “In reality, its leaders Masoud and Maryam Rajavi rule with an iron fist,” Rubin writes about the organizers of the summit which is supposed to free Iranians. “It runs as a cult with its rank-and-file cut off from their families and the broader society. Its literature reads like a Lyndon LaRouche diatribe. Footnotes may look legitimate but pull readers down a rabbit hole of nonexistent sourcing, irrelevancies that do not substantiate their points, and dead links.”

Rubin adds that the MEK’s claim to have high support inside Iran is “fiction”. “Many resent the MKO’s terrorism that as often killed innocent Iranians as the regime officials they targeted,” he asserts. “More despise the group for siding with Iraq during the 1980-1988 Iran-Iraq War. In effect, ordinary Iranians see the MKO as people in the United States see John Walker Lindh, the American Taliban.” Rubin believes that the appearance of American bipartisan figures to support a group so despised by Iranians, “serves as a barometer of corruption in Washington”.

Daniel Larison also wrote on Anti War that “the annual parade of prominent officeholders and policymakers that offer up effusive praise to such a wretched group is an ongoing disgrace for the United States and its allies, and it is a symptom of deeper problems with our foreign policy”.

Yes, Larion is absolutely right. “The MEK is a dangerous and disreputable group”. He accurately warns that the MEK “ought to be so politically radioactive that no one would want to be associated with them”. This is what the Iranian from all political understandings have realized. You find no Iranian political figure among speakers of the MEK gatherings, even among paid speakers. The Iranians inside and outside Iran see the MEK as definitely harmful to their fame and dignity.