Mohammad Javad Hasheminejad, Secretary General of Habilian Association, said in an interview with IRNA that several legal entities and communities outside Iran have acknowledged the terrorist nature of crimes committed by the MEK.

However, different administrations in Iran have failed to actively prosecute and follow up the terrorist group legally and realize the rights of families of terrorism victims, according to Hasheminejad.

He also said that the fact that the US and European Union had recognized the MEK as a terrorist group for years indicated that even Western countries admitted the terrorist essence of their crimes.

Pointing to the significant number of 17,000 people martyred in terrorist attacks in Iran, the secretary general said that the new administration should take the demands of families serious.

If Iran falls short of expressing the reality of these crimes and hold the perpetrators accountable, the committers who are now protected by some governments will present a reverse narrative of the realities taken place during the past decades, he insisted.

Hasheminejad also referred to the trial of an Iranian citizen in a Swedish court, saying that such trials are aimed at putting the victim in the place of the executioner.

He noted that some people who have attended the Swedish court as witnesses were accused of crime and massacre of Iranians and Iran should hold European countries accountable in this regard.

Habilian Association is an Iranian Human Rights NGO established in 2005 with the aim of elucidating the fact that Iran is one of the biggest victims of terrorism. 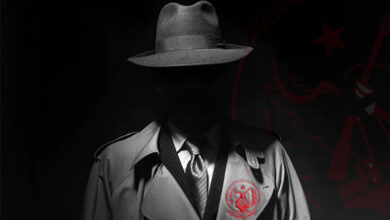