Remarks by Ebrahim Khodabandeh, CEO of Nejat Society, at the Nationwide Online Conference of the Society

Ebrahim Khodabandeh gave the following explanations at the nationwide online conference of the Nejat Society regarding the judicial process in and out of the country:

In the name of God,
Greetings and respects,
My esteemed families and dear friends, brothers and sisters.

Today, I would like to say a few words about the complaints of a number of former members of the Mojahedin-e Khalq Organization (MEK, MKO, Rajavi Cult) against the leaders of this organization, and the international process that is taking place.

There were some ambiguities that I wanted to answer briefly. There were questions and I received writings and emails, which will be explained in more details by my friends who are more specialized in this field.
Before I get into the subject, I will read a text from the provisions of the International Criminal Court in The Hague. The text states that “The International Criminal Court (ICC) investigates and, where warranted, tries individuals charged with the gravest crimes of concern to the international community: genocide, war crimes, crimes against humanity and the crime of aggression.”

Some have asked if this court is only for government complaints, which is not, and individuals can sue the bodies. Of course, there is a procedure that I will explain.
The text goes on to say that “The Court is participating in a global fight to end impunity, and through international criminal justice, the Court aims to hold those responsible accountable for their crimes and to help prevent these crimes from happening again.

The Court cannot reach these goals alone. As a court of last resort, it seeks to complement, not replace, national Courts. Governed by an international treaty called the Rome Statute, the ICC is the world’s first permanent international criminal court.”

That is, a national court process must have taken place, and then a complementary process must continue in this international criminal court, which has happened. In Iran, 42 people have asked for a legal trial for about three years, until a court was finally convened this year, and witnesses, plaintiffs and informants spoke and their statements were heard, and a final verdict was issued later.

The International Court in The Hague, consists of three parts, one of which is the Criminal Court, and of course the main part is the International Court of Justice (ICJ), which states in this text that “Justice is a key prerequisite for lasting peace. International justice can contribute to long‐term peace, stability and equitable development in post‐conflict societies. These elements are foundational for building a future free of violence.”

What happened was that all the documents related to the verdict of the Tehran International Court of Justice, including the complaint, the original ruling, and the documents and evidences, were completely officially translated. Then all of these were sent abroad and three friends, Mr. Ali Akbar Rastgou, Mr. Ghafour Fattahian and Mr. Isa Azadeh, took the burden of delivering these documents.

Of course, they could be delivered in other ways. But friends abroad wished to do it with an act, but due to corona pandemic restrictions, it was not practical and they were not allowed to do so, and only three people were allowed to attend.

There, Mr. Rastgou registered the documents in his own name and handed them over to the ICJ Secretariat for the attention of Mr. Karim Asad Ahmed Khan, the Prosecutor General of the International Criminal Court. If an international tribunal is convened, then judges from different countries will be appointed.

All the pages of the three packages that were delivered there were initially checked and stamped and registered for the attention of Mr. Karim Khan and a registration number was given and it was decided to follow up the matter. That is, the first stage of work has been done. Some people ask if they can go and complain like these three people, which I must explain that these three people did not file a complaint. No one can go straight to the ICC and complain. The three men actually handed over the documents related to the procedure of the national court in Iran that had been done to complete the next stage, so that after reviewing there and announcing the final result, they would be notified to the Albanian and French governments.

For this reason, a petition was launched on a prestigious international site and the latest list of signatures of this petition, which was more than 4,000 signatures at that time, which has increased now, was delivered. This is a document that shows these crimes are of concern to the international community. This list of signatures was presented in 182 pages along with other documents. In this list, there are signatures from different countries of the world with different names. Also, many people, both inside and outside the country, with audio, video and text messages, as well as in the petition designed on the Nejat Society website, are constantly supporting the complaints.

The MEK has repeatedly reacted to this, and has even recently said, for example, that 8,000 people on the Nejat website have complained to the ICC which is not the case. These are the common sophistry and fallacies of this cult. Complaints are not made in this way, but these signatures belong to those who, as part of the international community, express concern about the crimes committed.

What are the relevant crimes? First is modern slavery, a well-known crime of concern to the United Nations and the international community. Next dimension is brainwashing, which is a crime. Physical and psychological pressure and psychological torture under the heading of self-criticizing meetings, solitary confinement, physical torture, and sham executions, mostly under the Iraqi Ba’athist regime at Camp Ashraf in Iraq in the 1990s, and about 700 people were detained on suspicion of being spies. They were said to be agents of the Iranian regime. These people were tortured and some were even killed under these tortures to find, for example, infiltrators. Even in 1994, a series of newcomers disappeared completely. These cases are all examples of crimes against humanity, which, however, have progressed and will continue. Now, we are following up on how long it will take in the Hague tribunal and what the outcome will be.

We take Yasser Akbari Nasab as an example, who was forced to commit self-immolation at Camp Ashraf under psychological pressure. Or people like Soheil Khattar who were killed by the MEK. The people who were murdered by the organization and then declared as the victims of the American and British bombings. All the evidences are available, and hundreds of other cases show that the organization has a history of crimes against its own members. The MEK would better not to mention defending women’s rights and the rights of individuals. So far, the goal has been reached. Of course, my friends are following the issue at home and abroad.

According to the Statute of the International Criminal Court in The Hague, those crimes are prosecuted that have a systematic and widespread aspects. That is, they have been committed over time according to a specific schedule and has been systematic. It must also have been dealt with first through a National Court and supplemented by the International Court of Justice, which has been done in this way.

Massoud Rajavi’s reaction to this issue is that he tries to, as usual, claim and say that such and such persons should be tried in this court too. He can take the burden of filing a lawsuit against anyone who has a claim against in the courts of France, Albania or anywhere they are. That is, to do what the former members of his cult have done against MEK leaders, and to refer the matter to the International Court of Justice after receiving a final verdict.

The trial of 42 former members against the MEK leaders at the International Court of Justice in The Hague is currently underway and proceedings are ongoing. 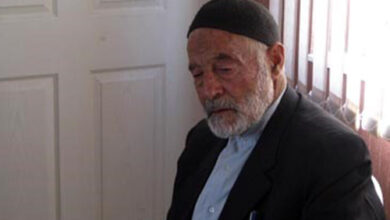