Hajar Yaqubi was never a political person but she has been in the Mujahedin Khalq Organization (MKO/ MEK/ PMOI/ Cult of Rajavi) for near four decades. “She fell in the trap of the MEK just because her husband was a sympathizer of the group,” Mohammad Yaqubi, Hajar’s brother says.

Hajar is from Neka, Mazandaran, Iran but she has not seen her hometown for forty years. “Our village has become modern and more beautiful than the past,” Mohammad says. “I know that my sister has no access to the Internet otherwise she would be able to see its pictures on the net.” 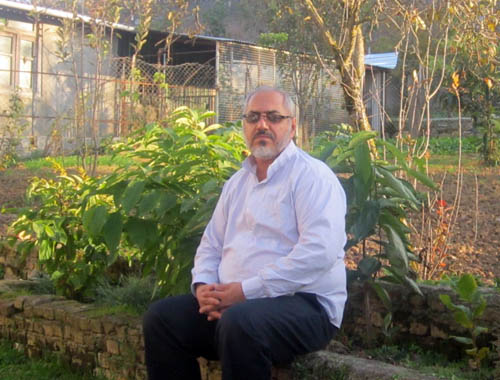 Mohammad sends open letters addressing his sister, to Nejat Society, from time to time. “Whenever I look at the photos of you, I wonder what I should do to be able to meet you,” Mohammad writes to Hajar in his last message published on the website of Nejat Society.

Hajar’s brother has taken various actions in order to visit his beloved sister. He traveled to Iraq several times when the MEK was located there. Mohammad picketed in front of the gates of Camp Ashraf and Camp Liberty holding a placard with the name of his siter on it, calling her to leave the MEK and get back to the family.
Mohammad Yaqubi has also written several letters to the international human rights bodies and the Albanian authorities calling for their aid to families of those who are taken as hostages by the leaders of the MEK.

“The Rajavis are terrified of a meeting between me and you,” Mohammad writes to Hajar in his recent open letter. “They are terrified that you get aware of what is going on around you and you leave the group.”

He continues, “My lovely sister! I know that you think of us in your privacy and this would be a good turning point for you to get determined to leave the group and begin a new life. Please contact us. Hearing your voice will be so cheering for me and the family.”