Experts and informed observers will be aware that over the past few months the MEK has been absent in public discourse regarding Iran. For a group which touts itself as the main opposition, this is nothing short of disaster. After being expelled from France three years ago and setting up her headquarters in Albania, Maryam Rajavi has worked hard to keep the MEK relevant. This meant continuing with the annual rallies in which paid speakers speak to rent-a-crowd audiences. Even though due to the COVID-19 crisis, even these events have been severely curtailed and forced online. It also meant accepting a new role for the MEK members in Albania. But, aside from the MEK slave members tapping and clicking into cyberspace, the MEK has been unable to make any breakthrough in the new political landscape concerning Iran. 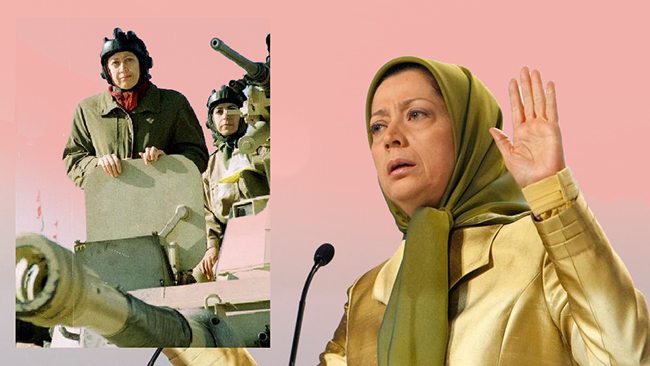 The new president in America, Joe Biden, himself dithered and eventually failed to re-join the JCPOA and lift sanctions, in the process losing a key policy win. However, Iran also has a new president, Ebrahim Raisi, whose first foreign policy announcements defined Iran as looking toward its neighbours and beyond that, looking East. Usually, the MEK would slip itself between the two enemies. This time, Iran has turned its back and the MEK have simply fallen into the gulf and into obscurity. Much to the dismay of anti-Iran pundits, Iran’s newly appointed foreign minister, Hossein Amir-Abdollahian, met with many countries during the UN General Assembly – including the UK’s Liz Truss. The MEK were not able to stage any protest at the event.

In the past weeks, Maryam Rajavi has also failed to take any position about Iran, which for various reasons, political, social and economic has been in the news: Iran became a full member of the Shanghai Cooperation Organization; the US agreed to withdraw combat troops from Iraq (something Iran’s leaders vowed to make happen after the illegal killing of general Soleimani, deputy commander Abu Mahdi al-Muhandis and eight others); Iran’s naval commander highlighted the navy’s various successes; Iranian fuel successfully arrived in Lebanon to ease shortages there; Ali Landi, a 15-year-old boy who heroically rescued two women from a fire, died of severe burns; Iran’s women’s football team qualified for the AFC Women’s Asian Cup; Iran’s volleyball team beat Japan to win the 21st Asian Volleyball Championship. Maryam Rajavi and the MEK maintained complete silence over all this news, pretending none of it happened at all. Not even a word of criticism or scorn. Nothing. Just sliding rapidly into irrelevance.

Instead, the MEK personnel are being utilised behind the scenes. MEK members are being lined up to give witness testimony in a politicised court case in Sweden. The unstated aim of the trial is to dredge up events that took place three decades previously at the end of the Iran Iraq war in which political prisoners in Iran were executed. The defendant is accused of involvement in unlawful killings while Ebrahim Raisi was a judge in the trials. In this way, Raisi will be tarred with the same brush. But although this activity is straight out of the MEK playbook, this time the organisation is not being promoted. Indeed, it appears that efforts are being made to keep the toxic MEK/NCRI brand out of the reporting. Former MEK stooge, Struan Stevenson’s demand that Raisi be arrested does not mention the MEK, referring to one of its members in the UK only by his name. Even the Saudi backed Iran International TV fails to mention the MEK brand.

Clearly, the MEK are no longer needed as a brand either for funding or fronting anti-Iran efforts. To make matters worse, in Albania, Maryam Rajavi is beset by internal dissatisfaction among the members. Whether as a reaction to losing political and monetary support or as a distraction to divert the attention of the member from her failures, she has resorted to one of her husband’s old tricks – shake up the leadership line up.

Rajavi has introduced a profound change to the organisation of the MEK by appointing her own daughter and her niece to leadership roles. According to MEK expert, Massoud Khodabandeh, this effectively spells the end of the Rajavi Dynasty started by her husband Massoud Rajavi in the 1980s and replaces it with the beginnings of the Qajar Dynasty as members of her own family – Qajar-Azodanlu and her former husband, Mehdi Abrishamchi – are positioned to take control of the cult.

Significantly, several of the family and loyal aides recently promoted to lead the MEK, are French citizens. Unlike Rajavi herself, they will be able to move to Paris and restore the headquarters there. While there is no indication that the MEK will be able to resurrect its role as provocateur and mercenary force against Iran from Auvers-sur-Oise, it would surely be easier to take control of the vast personal wealth Rajavi has inherited from her husband through this change in personnel and location.

As the MEK appears destined to slide further into irrelevance and obscurity, we must ask what will become of the rank and file members languishing in Albania without hope or help. It cannot be that they continue to be exploited as modern slaves, without recourse to health or family. Hopefully, as the MEK’s role diminishes they will become more burdensome. In time, hopefully a short time, they may be dropped entirely and pushed out into the wider community. As for the leadership cadre, there is precedent for violent, destructive cults to fade into social cults. The Ismailis, who began with the Al Sabbah cult of assassins and are currently led by the Aga Khan, are a case in point. In time, the MEK will evolve from fanatical terrorists to fanatical followers. Followers without a struggle.

Fathullah Eskandari letter to the Prosecutor of the International Criminal Court

MeK Believed They Could Wipe out IRI with...