Processes of brainwashing rest on the creation of stress or threat with no escape other than the apparent unsafe haven of the group. This is exactly the atmosphere ruling the MKO members in the group camps formerly in Iraq and in France and Albania now. Self-criticism meetings, permanent supervising of a hierarchical system, mandatory working schedule, sleep deprivation, forced celibacy are all tools to maintain the stressful, threatening structure. This results in a state of terror that causes a dissociative state resulting from a disorganized bond to the leader, or the group as proxy.

This way, members are gradually driven to engage in acts they would not have done before their involvement in the totalist system of the cult. For examples, acts of terror, suicide and self-immolation committed by the MKO operatives are numerous in the official history of the group published by different sources including the US State Department, The Human Rights Watch and the RAND Corporation etc. 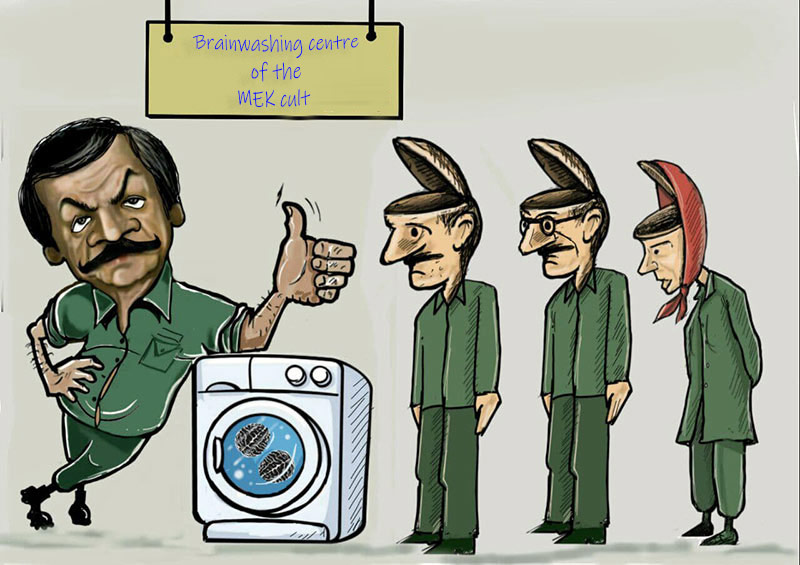