Thousands of Iranian families who have lost their loved ones in acts of terrorism waged by the Mujahedin Khalq Organization (MKO) and other terrorists have urged President Ebrahim Raisi to relay their message to the world.
The families made the demand in a letter addressed to President Raisi ahead of his address to the 77th annual meeting of the United Nations General Assembly in New York.
“We seize the opportunity to request Your Excellency to be the voice of the large family of the country’s terror victims to the world,” the letter said. 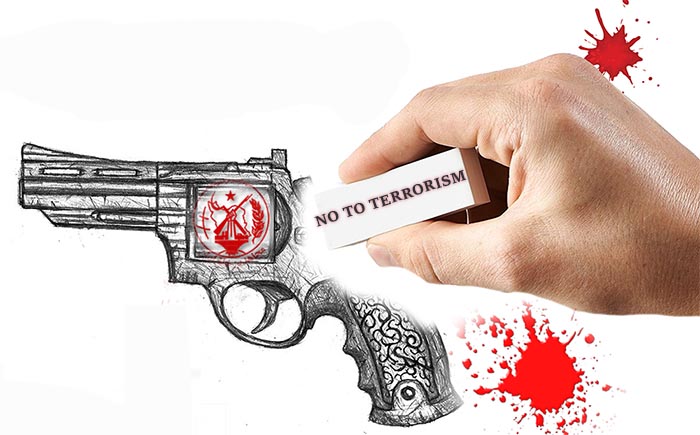 The signatories condemned the MKO for martyring more than 17,000 Iranians since the 1979 Islamic Revolution.
In 1986, Iran asked France to expel the group from its base in Paris, following which it moved its base to Iraq.
The group’s members spent many years in Iraq, where they were armed by the former Iraqi dictator Saddam Hussein. The group sided with Saddam during the 1980-88 war against Iran and then helped him quell uprisings in various parts of the Arab country.

The European country of Albania started hosting the terrorists after the cult was shunned by the government of former Iraqi prime minister Nouri al-Maliki.

The letter denounced the MKO for its acts of “blind killings, border attacks, kidnapping and torture.”
It noted how the group, which had become “disappointed in achieving their goals” following Iran’s Islamic Revolution, went to the United States and some other Western countries to continue planning to overthrow Iran’s political system and target authorities and citizens.
“What bothers our people and victims and survivors of terrorist attacks is that the perpetrators of these

operations are fully supported by the United States and some European countries, instead of being punished,” the survivors wrote.
“Such acts indicate nothing but division of terrorism into good and bad and also double standards of the West regarding dealing with terrorism,” the families said.
They said the very Western countries, which were allowing the group to “operate freely” on their soils, lay claim to be fighting terrorism at the same time.

The letter urged President Raisi “to seriously assert the rights of the families of the terror victims through international organizations and institutions for prosecution, extradition, and trial of leaders of the MKO terrorist group.”