I have read all of your interviews and written statements that are to be seen on the website of the Mojahedin Khalq Organisation with interest and concern. I am committed to human rights and am studying intensely the politics in and around Iran. Therefore it would be a pleasure for me to add to your information.

In your interviews, you have mentioned that the history of the Mojahedin Khalq Organisation’s armed operations goes back to before 2001, and you have emphasised that they have preformed no terrorist or similar activities after this date. What I really want to know is whether the organisation has in fact ruled out armed struggle – once the core of its ideology, strategy and tactics. Or is it simply because the organisation is incapable of carrying out terror acts at this moment in time?

As I understand it, you are not supporting or sympathizing with the MKO or National Resistance Council (NRC). At least, you stated as such in your interview with the BBC:

“I do not support the MKO or the National Resistance Council. I do support the UK.” The reporter asks: “You are trying to impose the MKO on the Iranian People?” Your reply: “I am trying to pursue the benefits of the UK.”

In another interview, you have mentioned:

Israel has good relations within the U. S. and can arrange for the MKO being eliminated from the list of terrorist groups. Thus, the MKO will be enabled to initiate its struggle against Iran from Iraqi territory. We are sure that if the MKO should start its battle against Iran, it will be supported by the Iranian people. The Iranian government would quell the opponents and trigger an inner civil war. The National Liberation Army (NLA) would intervene in order to prevent bloodshed. The mullahâ€™s regime would fall and the MKO would take over.â€œ

In my opinion you are not a supporter of the MKO but a patriotic citizen of the UK. Therefore you want to use the MKO as a military tool in terms of the accomplishment of your objectives. But I want to advise you that your theory is wrong. I would like to draw your attention to my thirty yearsâ€™ experience resulting from my former membership with the MKO.

If you are seriously interested in accomplishing the objectives of your home country, then why do you want to ride on a dead horse, the MKO? Do you really believe that the MKO has any support in Iran?

Please believe me, each and every political group or individual opposing the Islamic Republic, whether monarchist, republican or nationalist, all consider the MKO as remnants, the leftovers of the former Iraqi dictator Saddam Hussein and terrorism. Nothing else.

Do you know that this organisation is presenting itself with two different faces: one humanitarian, for the public and another one, military and sect-like to the inside.

The MKO is a terrorist organisation as well as a religious sect. The MKO has linked the ideology of Marx and Lenin with Islam and established a radical organisation.

Without the express approval of its religious leaders, Massoud and Maryam Rajavi, all marriage is prohibited. The future and destiny of their members depends on their decision only.

Those who wanted to decide for themselves about their private lives have been executed by the organisation. One of the victims was Alinaghi Hadady, whom I knew personally. At that time I was a member of the Central Committee and dared to protest against repression and violation within the organisation. Due to a direct order of the religious leaders Massoud and Maryam Rajavi I was given an extrajudicial sentence of imprisonment under solitary confinement, first at camp Ashraf and then in the prison of Abu Ghraib for a period of 9 years.

When Saddam Hussein was still in power in Iraq, the organisation was given the best opportunities, whether militarily, logistically or financially. They enjoyed full support from Saddam. And did it ever use one of the opportunities to make a step towards democracy in Iran?

Since 1981 the organisation tried to bring a so-called democracy to Iran by committing terrorist activities and assassination. But this led to a dead-end-street. Democracy will not be established by bringing violence to the people.

If what the MKO asserts is true, if there really is sympathy for them in Iran, then why do the leaders and their command live abroad and commit attacks inside Iran?

I wanted to write more to you about my experiences and with information about Iran and MKO, but I would prefer a personal meeting with you. Me and my colleagues would be pleased if you gave us the opportunity to speak to you personally. 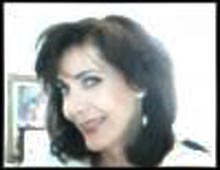