A seminar on the subject of how to release the members of the Mojahedin-e Khalq Organization (MKO) who are held both mentally and physically captive in the Ashraf Camp in Iraq was highly attended by the families in the city of Shiraz despite the cold and snowy weather. The families of the members of the MKO who anxiously desired visiting their beloved ones after so many years had gathered in this seminar organized by the Nejat Society in the city of Shiraz on 11th of January 2008 in the Red Crescent Hall of that city. 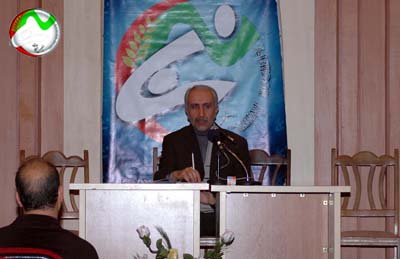 Mr. Ebrahim Khodabandeh, Mr. Kambiz Bagherzadeh, and Miss Ronak Dashti the former members of the MKO delivered speeches in this seminar. Mr. Khodabandeh while describing the common methods used by all cults to manipulate and to brainwash the followers, gave some examples on practices applied within the MKO cult and referred to the subjects such as the family relationship, the emotional feelings, expressing opinions, make of choice, thinking independently, showing excitements, and presentation of caring, to be highly restricted and are considered as unforgivable sins. He emphasized that according to the MKO’s ideology all fondness and emotions must be entirely directed towards the leadership. He explained that inside the MKO everyone is held responsible against the leadership while he is considered as impeccable.

Mr. Khodabandeh mentioned the efforts made by the families within the framework of the Nejat Society to organize meetings with their beloved ones held in Iraq. He clarified that restoring the family emotions could lead to the savior of the member from the psychological boundaries the person is held in. 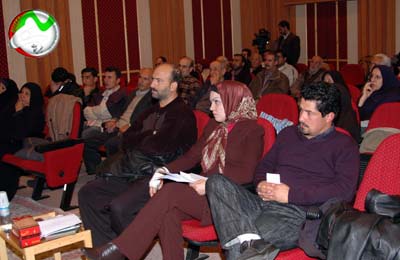 Mr. Bagherzadeh referred to all mistreatments and confinements applied against discontented members inside the MKO and underlined that although his brother was in the same base with him but he did not see his brother for more than one and a half years.

Miss Dashti another former member of the MKO who had some bitter experiences while residing in the Ashraf Camp in Iraq explained how his brother and her were deceived by the MKO to be taken to Iraq and to the Ashraf Camp and how she was finally released thanks to the efforts made by her mother who traveled to Iraq and demanded the visit with his daughter. She described how the families could play a major roll to try to free their beloved ones from captivity.

She described that giving high commanding positions to the women is a sham gesture taken by the MKO while the truth is that women are expected to work even harder than men and their emotions are also systematically suppressed more. She clarified that members are expected to dislike whoever they adored before particularly the members of their family. She also explained that all discontented members are labeled as being metal cases. Miss Dashti also referred to the high level of dissatisfaction amongst the forces inside the Ashraf Camp who find no way out.

The hatred amongst the families in the hall of seminar was to the extent that they started shouting and cursing Mas’ud Rajavi the leader of the MKO who has caused all these miseries for the families and their beloved ones.

In the end the families wrote separate letters of request to the International Committee of the Red Cross (ICRC) and the Iraqi government demanding the arrangement of a visit with their beloved ones by their own expenses without the presence of any third party as soon as possible. 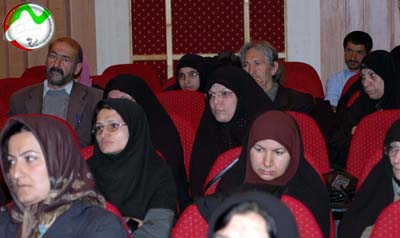