In a largely overlooked case that has outraged some, Iranian widow faces terror charges in US

NEW YORK (AP) – In March 2003, Zeinab Taleb-Jedi was a middle-aged widow who found herself trapped in a cold, dusty bunker in Iraq as invading U.S. forces began blowing up buildings and inflicting casualties all around her.

"The noise was overwhelming and frightening," the Iran-born U.S. citizen said in a statement recounting the air raids around Camp Ashraf, a stronghold for Iranian exiles about 60 miles (96 kilometers) north of Baghdad. "The attacks terrified me."

Taleb-Jedi, 52, escaped serious harm. But more than five years later, she remains stuck in legal limbo in New York, facing federal terrorism charges labeling her a leader of a militant group advocating the violent overthrow of the Iranian government.

Defense attorney Justine Harris has questioned why "the government would want to put this woman in jail for associating with a group whose goal is regime change in Iran, arguably a central tenant of our own foreign policy." 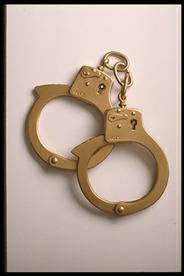 Taleb-Jedi has been linked to the People’s Mujahedeen Organization of Iran, a group designated a terrorist organization by the State Department in 1997. Prosecutors say she became an English teacher in 1999 at the organization’s Iraq headquarters, Camp Ashraf, and that two informants have since identified her as a member of a leadership council.

In a pending motion to dismiss the case, Harris claims the government has never specified how her client purportedly supported terrorism, "other than teaching English — itself an entirely innocuous act."

Prosecutors counter that "teaching English to other terrorists is not protected First Amendment activity."

A federal judge in Brooklyn has said he will soon decide whether to let the case go forward. If convicted, Taleb-Jedi faces up to 15 years in prison.

Meanwhile, Taleb-Jedi is free on $500,000 bond and living in a homeless shelter in Manhattan.

Originally a Marxist-Islamist group, the People’s Mujahedeen formed in the mid-1960s to oppose the U.S.-backed dictatorship of the late Shah Mohammad Reza Pahlavi. During the 1970s, it killed U.S. citizens working in Tehran, supported the 1979 takeover of the American Embassy there and participated in Iran’s Islamic Revolution, according to the State Department.

After a falling out with the ruling clerics, the group launched a campaign of assassinations and bombings in an attempt to topple them. The group moved to Iraq in the early 1980s to fight Iran’s rulers from there.

The group insists it no longer engages in armed struggle, and it won a court decision last year in Britain removing it from that government’s terror list. It also won the support of some U.S. lawmakers by providing intelligence on Tehran’s disputed nuclear program.

Prosecutors in Los Angeles, who sought the indictment against Taleb-Jedi amid a broader investigation of the People’s Mujahedeen, had no comment.

A frail-looking Taleb-Jedi declined to talk about her case when she left a recent court hearing.

"Life has been very difficult for her," her lawyer said.

FBI reports about interviews with Taleb-Jedi in 2004 — questioning her lawyer claims was done under duress — and the widow’s own sworn statement tell a story more sorrowful than sinister.

Born in Tehran, Taleb-Jedi came to the United States on a student visa in 1978 and earned a master’s degree in political science. Around the same time, her first marriage fell apart because her husband was "very cruel" and "became a Khomeini supporter," FBI agents said she told them.

She said she was granted political asylum in the mid-1980s, the FBI said. She remarried and moved to New York City with her husband in 1983.

Her second husband left the U.S. a few years later to join the People’s Mujahedeen at Camp Ashraf. She stayed behind to work odd jobs and raise the couple’s son.

According to the FBI reports, Taleb-Jedi said she visited her husband at Camp Ashraf in 1987. Records show that year she also became a registered press officer for the group.

The FBI claims she told them that she knew that the group had been designated as a terrorist organization and considered the decision "unconstitutional and unfair."

In 1996, Taleb-Jedi became a U.S. citizen. A year later, she learned her husband had died in a bus bombing on a road between Camp Ashraf and Baghdad.

Taleb-Jedi "described herself as being extremely distraught about her husband’s assassination," the FBI reports said. "Because she wanted to be close to his grave, she decided to come to Camp Ashraf."

She told agents she taught English in the camp and believed in the group’s cause, but never became an official member.

U.S. officials say that at Camp Ashraf they seized tanks, anti-aircraft weapons, rocket-propelled grenade launchers and more than 420,000 pounds of plastic explosives. Despite the stockpile, no one there was expected to be charged, according to news accounts in 2004.

That changed for Taleb-Jedi in March 2006 when, after waiting for more than a year to receive a renewed U.S. passport, she flew from Jordan to New York to see her adult son and seek medical treatment for malnutrition and other ailments, her lawyer said.

FBI agents who were waiting at John F. Kennedy International Airport arrested her.