US forces transfer truckloads of cargo from the Ashraf base in Iraq where members of the Mujahedin Khalq Organization have been stationed.

American forces transfer truckloads of unknown cargo by night, as the deadline 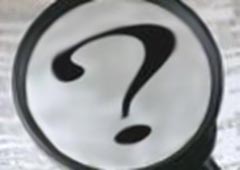 for handing over the base to Iraqi forces approaches, the Iraqi Aljewar website reported Tuesday.

According to Aljewar, US troops are reallocating the unspecified cargo to a US military base in the city of Balad in the Salahuddin province.

Recognized as a terrorist group by Iran, Iraq, Canada, the United States, and the European Union, the Mujahedin Khalq Organization (MKO) is responsible for bombings, assassinations, and attacks in Iran and Iraq over the past 25 years.

Up until now MKO members, who were closely allied with the former Iraqi dictator Saddam Hussein, have been stationed at Camp Ashraf, which is situated in the city of al-Khalis in the eastern province of Diyala.

After the fall of Saddam, the Iraqi government demanded that the MKO leave the country. It recently set a six-month deadline for the group’s departure, threatening to expel them if they refuse to leave of their own free will.