The Canadian Minister of Public Safety, the Honourable Peter Van Loan announced completion of the two-year review of the Criminal Code list of terrorist entities, and that the Governor in Council has accepted his recommendation that the forty-one entities currently listed should remain on the list.

“The Government is committed to the listing process as an important means to protect national security and counter the financing of terrorist groups and their activities worldwide. Part of the process is conducting a thorough review of the list every two years,” said Minister Van Loan.

Mojahedin Khalq Organization maintains on the list after it was first listed on 24 May, 2005.

Formed in the 1960s, the Mujahedin-e-Khalq(MEK) is an Iranian terrorist organization that is currently based in Iraq. MEK’s principal objective is the overthrow of the existing Iranian regime. Its aim is to install a new government under the National Council of Resistance of Iran (NCRI), a political coalition of Iranian opposition groups affiliated with MEK. To achieve their objectives, the MEK has used physical force, including armed attacks. The group has or had affiliations with Saddam Hussein, Amal, the Kurdish Democratic Party of Iran (KDPI), the Palestine Liberation Organization (PLO), Al Fatah, and other Palestinian factions. 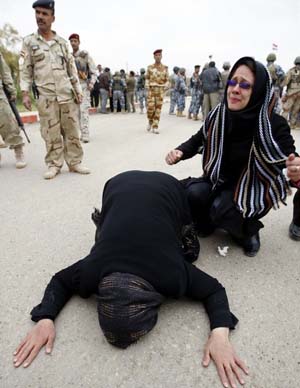 Report on the MKO attack on the families on Thursday night