In 1981,after 28 months of establishment of new regime of the Islamic Republic of Iran,the terrorist group of Mojahedin Khalq Organization (MKO) began its terrorist operations against  the people and government of Iran. and one month after,Masud Rajavi,the leader of the MKO,founded another group,National Council of Resistance of Iran (NCRI),to pretend that other groups and personalities had joined and supported him . At that time,Rajavi wanted to use the influence of the fired president,BaniSadr,and some parts of the democratic party of Iranian Kurdistan and also a few other communist groups to achieve his goals. 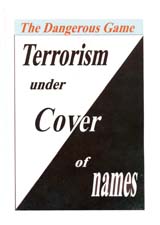