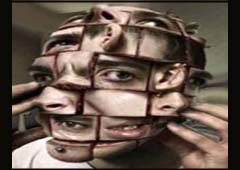 Since all the cults function the same way, the website Howcultswork.com gives a very helpful definition of cults and their tricks to recruit and keep members:

Cults, wonderful on the outside but on the inside are very manipulating. Cult leaders are desperate to trick you into joining. They are after your obedience, your time and your money.

Cults use sophisticated mind control and recruitment techniques that have been refined over time. Beware of thinking that you are immune from cult involvement, the cults have millions of members around the world who once thought they were immune, and still don’t know they are in a cult! To spot a cult you need to know how they work and you need to understand the techniques they use. Teaching you these things is what this article is all about.
This article exposes the secret techniques cults will use to try and trick and control you. Cult leaders will not want you to read this, but read it anyway. Once you understand How Cults Work you will be better able to spot and avoid cult recruiters, and protect your family and friends.

The term cult seems strange to most people. They think that it is something far from their normal life, so they often have some misconceptions about the cults. In the second part of the article on howcultswork.com, the author clarifies some misunderstandings that are common among public about the cults:

Let’s eliminate some misconceptions about cults:
Cults are easy to spot, they wear strange clothes and live in communes.
Well some do. But most are everyday people like you and me. They live in houses. They wear the same clothes. They eat the same food. Cult leaders don’t want you to know that you are being recruited into a cult and so they order their recruiters to dress, talk and act in a way that will put you at ease. One cult has even invented a phrase to describe this, they call it “being relatable”.

Since our focus here is the destructive cult of Rajavi, it should be said that “yes” some of MKO members are now living in castles like camp Ashraf or Camp Maryam but another large number who are mainly the recruiters and lobbying activists have apparently normal people who appear to be so good looking and friendly so it is very hard to spot them in the society due to their pleasant appearance.

Cults are full of the weak, weird and emotionally unstable.
Not true. Many cult members are very intelligent, attractive and skilled. The reality is that all sorts of people are involved in cults. One of the few common denominators is that they were often recruited at a low point in their life — more about that later.

Most of the members and ex-members of MKO are well educated people. Also the experts believe that the individuals with complicated minds who are eventually intelligent, talented people are more likely to be recruited by a cult because of their curiosity and interest in unknown adventures. The members and former members of MKO cult mostly master two or three languages. They have different skills such as computer work, arts, IT, political and technical science.

Cults are just a bunch of religious nut cases.
This is a common mistake people make thinking that cults are purely religious groups. The modern definition of a mind control cult refers to all groups that use mind control and the devious recruiting techniques that this article exposes. The belief system of a religion is often warped to become a container for these techniques, but it is the techniques themselves that make it a cult. In a free society people can believe what they want, but most people would agree that it is wrong for anyone to try to trick and control people.

About MKO, religion is only a mean to justify some of their activities. Relying on religion depends on their situation, for example to recruit a religious Iranian they claim to be a religious opposition but to deceive a Western politician they pretend to advocate a secular regime.
Refrence: Howcultswork.com