TEHRAN – Germany’s Federal Intelligence Agency (BND) has released a report on the National Council of Resistance of Iran (NCRI), calling it a “fake parliament”. 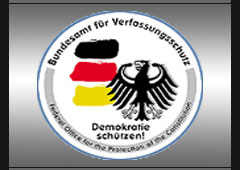 The NCRI is a part of the terrorist Mojehedin Khalq Organization (MKO) and is headed by Maryam Rajavi.
The BND also stated that the military wing of the MKO is “an army of insurgents”.
Not only are the MKO leadership’s claims to adherence to democratic values disingenuous, but they also follow the tenets of Stalinism and use brainwashing techniques, the report noted.
The report also stated that the MKO finances itself through activities such as economic fraud, the production of false documents, and using children to get donations from charity organizations.
The European Union removed the MKO from its blacklist of terrorist groups on Monday
http://www.tehrantimes.com/index_View.asp?code=188028