German media reported of an order issued to relocate a number of members of the Mujahedin Khalq Organization from Iraqi Camp Liberty to Germany. The United Nation representatives and German government agreed to transfer 97 resident of Camp Liberty.

German newspaper, Kolner Stadt –Anzeiger published in Cologne reported that German government has ordered the city officials to receive 77 people of the refugees.

The 97 Liberty residents are among those who have already had refuge files in Germany. They had been sent to Iraq by the group during Saddam’s regime, according to the German daily.

The report adds that the city officials including Mr. Guido Kahlen the director of Cologne city council seriously protested the decision. They consider the presence of those people with records of military, terrorist and cult-like activities as a risk security of Koln citizens.

Based on the agreement signed by Iraqi government and the UN, members of the MKO who are currently residing in Camp Liberty near Baghdad, are supposed to be received by third countries as refugees. So far Albania has agreed on the relocation of 210 members of the group. About 80 of these residents have been already transferred to Albania. 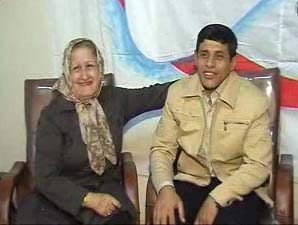 Europe, North America are now required to accept the MKO