On Saturday October 29th former member of the Mujahedin-e Khalq Organization (the MKO) addressed a seminar in Koln University. 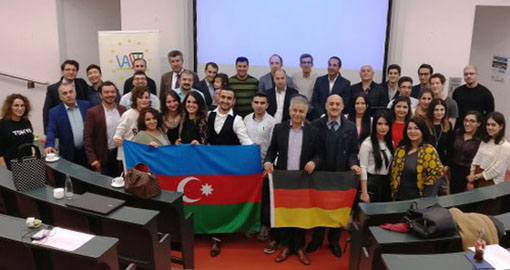 Mr. Davoud Arshad member of “No to Terrorism and Cults Society” was invited to attend the seminar by the Union of students and scholars of Koln University. 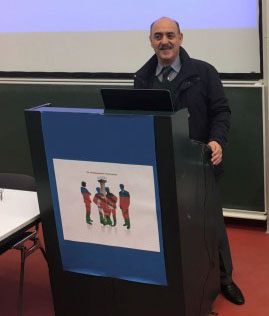 Human Rights, Energy Crisis and Cultural Interactions were subjects discussed in the seminar. Mr. Arshad spoke on the relations between violation of human rights in cults and expansion of terrorism in the world.

As a victim of the MKO (the cult of Rajavi), Mr. Arshad describes how horribly members of the MKO particularly female members are victims of human rights abuses.

“Terrorist groups like the Cult of Rajavi and the Islamic State have been producers of crisis in the region”, he added. “One of them created the crisis of Iran – Iraq war and the other is responsible for the current instability of the region.”

Mr. Arshad answered the questions of the audience on the MKO. He stated that the improvement of interactions of cultures between immigrants and hosting country prevents the isolation of immigrants and eventually reduces the opportunities for terrorist groups to recruit young immigrants.

He clarifies how the conflict over oil-rich regions paves the way for states like Saudi Arabia to exploit terrorists in order to accomplish its ambitions in the region. “Such terrorist cult have the capacity to be used by Saudi Arabia in a probable war with Iran”, he said about the MKO –as a terrorist group sponsored by Saudis. Mr. Arshad stressed that Saudi Arabia’s money keeps terrorists active in the conflicts.