The MKO, which seeks to destabilize the government in Tehran, is currently headed by Maryam Rajavi — who considers herself the president-elect of a 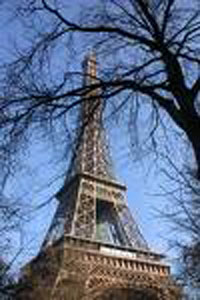 supposed Iranian government-in-exile.
France has offered to take in members of the Mujahedin Khalq Organization (MKO) who are being forced to leave Iraq, sources claim.
The French government has volunteered to transport MKO members onboard its passenger aircraft to France as soon as possible, Iraqi sources told Tabnak on condition of anonymity.
The Iraqi officials also told the news agency that Israel has offered to recruit MKO members for its military.
The revelation comes after the European Union removed the exiled anti-Iran group from its list of terror organizations on Monday.
The MKO is notorious for having staged many attacks against Iranian and Iraqi civilians.
The 1981 murder of Judiciary chief Ayatollah Mohammad Beheshti along with 71 other senior Iranian officials is also attributed to the group.
Under the leadership of Massoud Rajavi, the MKO helped the Baath regime of Saddam Hussain in the suppression of the Iraqi Kurds in ‘Operation Morvarid’. Thousands of Iraqi civilians were brutally massacred in the operation.
After the 2003 regime change in Iraq and the 2009 interim security agreement between Baghdad and Washington, the responsibility for the security of Camp Ashraf — an MKO military training ground –, was transferred to Iraqi forces.
The Iraqi government has recently given MKO members a tight deadline to leave the camp, situated in Diyala province, and the country altogether.
Western countries claim that the lives of MKO members will be threatened if they return to Iran. Tehran, however, has promised to welcome the return of any member who has not taken part in any serious anti-Iran activity and is ready to leave the group.
"During the past few years, various MKO members have requested permission to return. Of course, if serious cases have not been filed against them, they can return to the country by handing themselves over," Iranian security official Alaeddin Boroujerdi said on Thursday.
The French proposal to take in the MKO members comes as a surprise, because Paris consistently opposed the motion to remove the group from the European list of terror organizations. France is, already, home to a large number of MKO activities.
MKO is known for the cult-like tactics it uses within the group and for the torture and murder of its defectors.
"There are many [MKO members] who have tried to flee the camp. They have contacted Iran and introduced themselves. But in the end the complicated system has entrapped them," said Boroujerdi.
Numerous articles and letters posted on the Internet by family members of MKO recruits confirm reports of the horrific abuse that the group inflicts on its own members and the alluring recruitment methods it uses.
The most shocking of such stories include accounts given by former British MKO member Ann Singleton and Mustafa Mohammadi — the father of an Iranian-Canadian girl who was drawn into the group during an MKO recruitment campaign in Canada.
Mohammadi gives an account of his desperate efforts to contact his daughter, who disappeared several years ago — a result of what the MKO called a ‘two-month tour’ of Camp Ashraf as a teenager.
He also explains how the group forces the families of its recruits to take part in MKO demonstrations in Western countries by threatening to kill their relatives.
Reports indicate that the banned terrorist group, which lacks a foothold in Iran, recruits ill-informed teens from the immigrant population of Western states, not allowing them to leave afterwards.
Unlike Europe, the US has not removed the group from its terror list.