Berlin, 21 June-Former German Social Democratic lawmaker Joerg Tauss who is a supporter of the MKO terror group, is facing an indictment on charges of possessing child pornography, press reports quoted a state prosecutor as saying Tuesday. 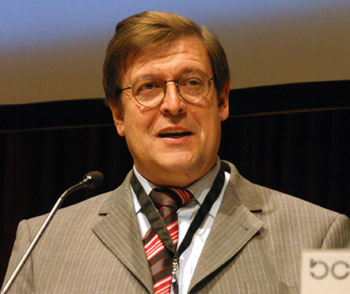 "We intent to file charges against him," said state prosecutor Ruediger Rehrig in the southwestern city of Karlsruhe.

"We are still working on the assumption that Tauss is guilty of possessing pornographic material and images," he added.

A judicial probe was launched in March after pornographic material was discovered in the 56-year-old MP’s residence.

For Tauss to be prosecuted, he would have to have his parliamentary immunity lifted.

The decision which has to be made by the German Parliament, is expected before the September 27 general election.

Tauss stepped down from all his SPD party posts as a result of the scandal, and has meanwhile joined the obscure Pirate Party.