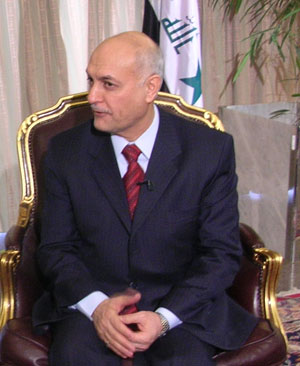 "We have had consultations with the UN to find a place for transferring the members of the group and we have announced that the Iraqi soil will not be a platform for terrorist operations against other countries, specially the neighbors including Iran," Sheikh told FNA.

As regards a number of MKO members who have committed crimes against the Iraqi people, he said that they will be tried in an Iraqi court.

He stressed that no country is ready to accept the MKO members, and said they will be transferred to a place far from Iranian borders until their fate is decided.

Iraqi security forces took control of the training base of the MKO at Camp Ashraf – about 60km (37 miles) north of Baghdad – last month and detained dozens of the members of the terrorist group.
The Iraqi authority also changed the name of the military center from Camp Ashraf to the Camp of New Iraq.

The group started assassination of the citizens and officials after the revolution in a bid to take control of the newly established Islamic Republic. It killed several of Iran’s new leaders in the early years after the revolution, including the then President, Mohammad Ali Rajayee, Prime Minister, Mohammad Javad Bahonar and the Judiciary Chief, Mohammad Hossein Beheshti who were killed in bomb attacks by MKO members in 1981.
The group fled to Iraq in 1986, where it was protected by Sadd
am Hussein and where it helped the Iraqi dictator suppress Shiite and Kurd uprisings in the country.

MEK tries to delay the process of Liberty residents’ transfer