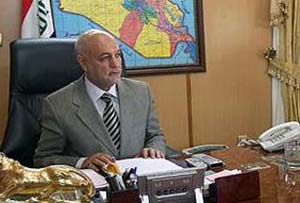 "Should there be evidence implicating the members of the terrorist group in operations against the Iraqi nation, the members in question would be prosecuted according to international regulations," Mohammad Majid al-Sheikh said in an interview with the Mehr news agency.

The comments followed reports that the Baghdad government would try 36 MKO members responsible for the recent unrest in Camp Ashraf, which resulted in an Iraqi crackdown on the base.

"The Iranian government may also present their complaints against the [MKO] criminals to us," the Iraqi envoy added.

Al-Sheikh stated that the Iraqi cabinet has urged the MKO members to leave the Iraqi soil, but they are free to go back to Iran or to a third country of their choosing.

"We have discussed the issue with the UN [officials] and they have also acknowledged that the MKO presence in Iraq is not a possibility anymore," the Iraqi official said.

Talks with the UN about the issue continue but so far, no country has accepted to host the terrorist group, Al-Sheikh said

On 28 July, Iraqi security forces stormed the base of the anti-Iranian terrorist group, Camp Ashraf, and seized its control.

MKO’s Outlook on Democracy and Government

Agents of crimes in Ashraf held solidarity in Paris