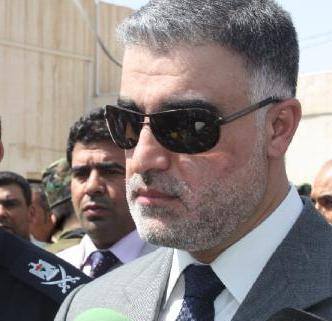 Iraqi Justice Minister has said Iraq is required to repatriate Mujahedin-e Khalq criminals to Iran due to the memorandum of understanding signed to facilitate the extradition of criminals.

“If Iran wants to take these individuals, we will extradite the most wanted MKO members to Tehran in coordination with the Iraq Judiciary system,” Hassan al-Shimari told Habilian’s correspondent in Baghdad.

Asked about the lawsuits filed against the terrorist MKO group, al-Shimari said, “The case of MKO belongs to the National Security Council not to the Justice Ministry.”

MKO is a terrorist group, which according to the US State Department Report on the group, run its organization autocratically, suppressing dissent and eschewing tolerance of differing viewpoints.

MKO carried out numerous attacks against Iranians, the most spectacular of which was an attack occurred June 28, 1981, when two bombs ripped apart the headquarters of the Islamic Republic Party killing some 70 high ranking members, including the IRP’s leader, Ayatollah Beheshti.

From Facts To Propaganda: Events Behind The Tragedy At Camp Ashraf