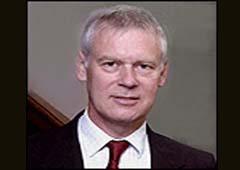 Referring to the removal of the terrorist Mojahedin Khalq Organization (MKO) from Britain’s black list and London’s attempt for imposing sanctions on Iran Boroujerdi said, “Britain’s current policies towards Iran do not help promotion of bilateral ties.” Also criticizing UK hardline stances over Iran nuclear issue, he asserted Tehran took a transparent path in cooperation and talks with the UN Security Council five permanent members and Germany in recent Geneva meeting and made a positive step towards resolve of issues.

Also Gass vowed he would do his best to remove the mistrust in Iranian public opinion towards Britain and added London does not consider the MKO an official organization and has no respect for it.

He also denied his country’s interference in post-elections events in Iran.

Gass also emphasized Britain favors Iran’s right to access peaceful nuclear energy according to the Non-Proliferation Treaty and believes it is necessary to continue talks to sort the nuclear issue properly.