The Mojahedin Khalq Organisation (MEK, MKO) has refused to grant meetings to the families who have came from Iran to Iraq to meet their children who are members of the Mojahedin Khalq and who for years have been held captive by the organization’s leaders in Camp Ashraf. 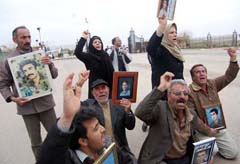 Mojahedin leaders did not allow the families who came from Iran to Iraq with the consent and support of the Iraqi government to Camp Ashraf in Diyala province since last month, to meet with their children who are in Camp Ashraf in Diyala province northeast of Baghdad and who have been detained by the Organization since the eighties of the last century with the cooperation and support of the former regime.

Sources said that the Iraqi government has sought the presence of the delegation of the United Nations and International Red Cross and international human rights organization to hold direct negotiations with the leaders of the organization. The Iraqi government continued throughout the last month to convince them of the need to deal with this situation in a humane and approved way to allow meeting between Iranian families and their children, and not to accept false statements and counterfeit, which accuses the Iraqi government of violating human rights laws. The failed negotiations have resulted in the rejection of the absolute leaders of the organization to this humanitarian initiative.

Ultimately, to reach an end to the sit-in by dozens of Iranian families outside the gates of Camp Ashraf, the Iraqi government and international community must intervene to pressure the leaders of the organization in Camp Ashraf in order to allow meetings with their children and allow them to make personal decisions in response to their emotions and their sensations. 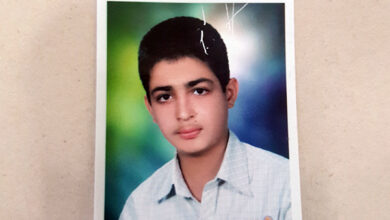